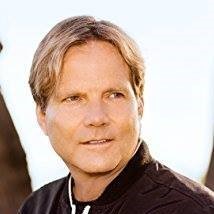 Peter Meech is an author and screenwriter. His debut novel, Billy (the Kid), came out earlier this year. In it, Meech imagines the famous outlaw survived Pat Garrett's bullet and, in 1932, is living as a retired dentist in Pueblo, Colorado, avoiding rum runners and falling in love with the town widow.

Peter talked with Rose City Reader about his Billy (the Kid) novel, the authors who inspire him, Thomas Pynchon, and creative idleness:

The story takes place in Pueblo, Colorado in 1932. What drew you to this time and place for the setting of your book?

My mother was a fifth-generation Coloradoan and was born and raised in Pueblo. I grew up hearing stories of her childhood, which took place during the Great Depression. While my novel is not about the history of my mother’s childhood, it draws upon many of her childhood memories. I set the novel in 1932 because that’s when bootlegging was at its zenith. It’s also a time when the Old West was colliding with the New West, when aging outlaws were confronting young gangsters, when new inventions were replacing traditional ways of living.

I used the internet, of course, but even in this day and age, libraries are invaluable when it comes to research. So I spent a lot of time in a lot of libraries. The Pueblo Lore, a monthly publication put out by the Pueblo Historical Society, was a great resource. But by far the greatest resource was my mother.

What is your professional background? How did it lead to writing fiction?

I studied screenwriting at Stanford and received a Master’s degree in Communications and later a Stanford Nichol fellowship. Alas, neither the screenwriting program nor the Stanford Nichol fellowship exists anymore. After Stanford, I began writing half-hour television, both live-action and animation, which lead to writing feature scripts, which I sold or had optioned. I love screenwriting, it’s an art form unto itself, but it’s no substitute for writing prose. With screenwriting everything is pared down to a minimum – character description, dialogue, scene description. At one point after writing screenplays for a few years, I found myself champing at the bit to write prose, and not just the typical three-line paragraph of description you find in a screenplay, but great swaths of prose, pages and pages of prose. Eventually I carved out the time to do it. I had no choice in the end. The impulse was that strong.

As I wrote the book I was constantly surprised at how the characters were interacting with each other. They behaved in ways I could never have imagined. Over the course of the novel many of the characters became more complex, more dimensional, in particular the female characters. At the heart of the novel there’s now a great romance that was greatly expanded from the initial outline.

Did you know right away, or have an idea, how you were going to end the story?

Before I write a story I always start out with an outline, and an outline consists of plot complications, twists, reveals, reversals, and it always has a beginning, middle and an end. But with Billy (the Kid), I was dealing with an unreliable narrator and whenever I sat down to write his story, Billy would refuse to cooperate. He would contradict what he had said a page earlier, or reveal an aspect of his character I was unaware of. So I wasn’t quite sure how I was going to end Billy’s story, but I decided to forge ahead anyway, and the ending came to me when I was writing the last page, which was the first time I understood who this man really was.

Is there a particular writer who inspired you to become a writer? And if so, what form did that inspiration take?

In high school I discovered Babylon Revisited and Other Stories by F. Scott Fitzgerald and immediately fell under Fitzgerald’s spell. Like a man possessed, I proceeded to hunt down everything Fitzgerald had ever written, including his correspondence and the lyrics he wrote for the Princeton musicals. After I had exhausted the Fitzgerald canon, I went searching for his literary influences, or literary forebears, beginning with the Romantic poets. And after immersing myself in the Romantic poets, particularly Keats and Byron, I read some of Fitzgerald’s favorite writers. Among them were Booth Tarkington, Conrad, Kipling, Dickens, Rupert Brooke, Joyce, Wilde, Dostoevsky, Virginia Woolf and Dorothy Parker. And then I sought out those writers who might be called Fitzgerald’s literary heirs, prose stylists of the first water, and became acquainted with writers like J.D. Salinger, Truman Capote, Jay McInerney, Thomas McGuane, and Gabriel Garcia Marquez. And that’s how one collection of short stories by F. Scott Fitzgerald introduced me to a constellation of extraordinary writers.

Besides novels of literary fiction, I like to read short stories, poetry and graphic novels. I also read a lot of nonfiction, including memoirs and biographies. At the moment I’m reading Slow Learner: Early Stories by Thomas Pynchon. What’s remarkable about this slim volume of stories is not the high quality of the stories, which you would expect from Pynchon, but the twenty-three page Introduction, in which an older Pynchon candidly discusses the literary shortcomings of his younger self. On one of my bookshelves is an unread copy of Mason & Dixon. I’ll get to it eventually, but right now these early stories are just the perfect amount of Pynchon for me.

What’s the most valuable advice you can give to young writers?

Don’t follow literary trends, or try to be fashionable. Write the book you would love to read.

I’m taking the summer off and catching up on my reading. I believe in creative idleness.

BILLY (THE KID) IS AVAILABLE FROM A VARIETY OF ONLINE SELLERS YOU CAN FIND ON PETER'S WEBSITE.