Review of the Day: Juliet, Naked 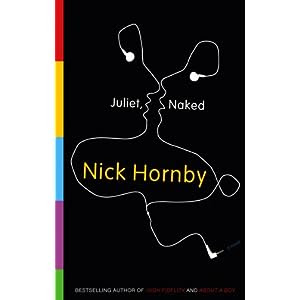 What happens when an idol turns out to be a normal, middle-aged person with plenty of ordinary problems of his own? Nick Hornby answers this question with charm and wit in Juliet, Naked, a novel about three people whose lives are turned inside out by one man’s mania for a reclusive rock star.

Duncan and Annie have been together for 15 years, putting on a brave front as a small-time academic and rinky-dink museum curator in the cultural backwater of seaside Gooleness. The dominating feature of their tepid relationship has always been Duncan’s fixation with Tucker Crowe, a late-‘70s, early-‘80s American rock star whose album Juliet is considered – at least by the 15 or so remaining, frenetic fans – to be the be all and end all of break-up albums.

When Crowe’s record company releases a CD of the demo tracks for Juliet, the “Croweologists” go wild over the first new material from their hero in the twenty-plus years since he cancelled a tour and abruptly retired. Annie revolts, setting into motion a series of romantic, almost plausible events that finally knock her and Duncan out of their rut.

As always, Hornby’s take on obsessive fans is spot on. Using Annie as the lead character brings freshness to these themes and makes this a particularly appealing Hornby choice for his female readers.

OTHER REVIEWS
(If you would like your review listed here, please leave a comment with a link to your review post and I will add it.)

Posted by Gilion at Rose City Reader at 6:16 PM 10 comments