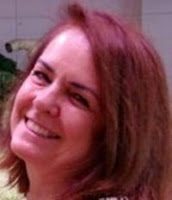 Helga Gruendler-Schierloh is a bilingual author who grew up in Germany and now lives in America, like the heroine of her new book, Burying Leo. Her book tells a timely #metoo story of an aspiring singer who leaves Europe for a new life in America after an audition ends in sexual assault.

Helga recently talked with Rose City Reader about Burying Leo, her background, and how her own reading influences her as a writer.

How did you come to write Burying Leo?

I abhor any kind of violence. To me, there are few reasons for hurting other living creatures. Based to some degree on my own experience, I am especially concerned with the continuing mistreatment of women and children in our so-called “civilized” society. No matter how this wrongdoing is being minimized by blaming the victim—for dressing or behaving a certain way—abuse by any other name is still abuse.

I also believe that rape is one of the worst things to happen to a female. It not only harms her physically, it also cuts deeply into the very essence of her being, messing with her psyche, tarnishing her self-image, making her feel worthless. Her perpetrator, on the other hand, might walk away unscathed or, even if found guilty of the crime, any punishment he receives will never remedy the viciousness of his deed.

Based on these convictions, sexual assault became a topic I felt compelled to tackle. In my novel, Burying Leo, I not only tried to show how her brutal rape haunted my heroine for years to come, I also made an effort to point out that confronting her worst fears finally allowed her to reclaim her life’s dream.

What is your background? How did it lead you to writing fiction?

I have always been a dreamer. Growing up in the Southern German countryside, I had a lot of freedom to explore my little world, let my imagination run wild, and write poetry (in proper German as well as the regional dialect). During that time, my favorite aunt, a veracious reader, introduced me to the magic of books. She also encouraged my early attempts at writing. Then, on my thirteenth birthday, that dear lady presented me with my first diary—and I was hooked. Those blank pages just begged to be filled with my deepest thoughts and feelings throughout my teen years and beyond.

As a student, I had a rather antagonistic relationship with math, but I garnered plenty of praise for my written assignments. I also loved to interact with people and express myself verbally. Ironically, my mother, who happened to be a phenomenal storyteller, would often interrupt my lengthy gushing with, “Helga, that’s enough. I’m getting a headache.”

So, it is not too surprising that I wanted to become a journalist, a reporter to be exact. But, due to family circumstances, that goal quickly dissolved into a pipe dream. Instead, I worked for a while in bookkeeping (dealing with numbers, no less) before taking off for Great Britain to improve my second language skills. A bilingual work assignment eventually brought me to the United States, where I met my husband and settled into domesticity.

After my job went back to Europe, I turned entrepreneur—first buying and selling art, then getting into real estate. In addition, I attended college to obtain a degree in journalism and graduate credits in linguistics. As my English became increasingly proficient, I also put stories on paper again.
While writing Burying Leo, my experience as a property manager came in rather handy in helping me construct the business dealings that dominated as well as harmed the marriage of Joe and Ingrid Bassen, two of the novel’s protagonists.

Your book’s #metoo storyline comes straight from today’s headlines. Was it difficult to tackle such a sensitive subject?

My book’s publication occurring in sync with the #metoo movement was merely a quirky coincidence. The first pages of the novel came into being over a decade ago. I finally retrieved the manuscript, revised it, and sent it out again—and, voila, Laurel Highlands Publishing offered to publish it. The release date was set for the 7th September 2017. Around that time all hell broke loose in regard to the very subject matter Burying Leo explores. And it was long overdue for women to shake off the shackles of silence that have protected sexual predators far too long. Finally, someone was listening.

I felt apprehensive about taking on such a sensitive subject, but I was also eager to get the story out. The most difficult part for me to write was definitely the assault scene. I literally suffered with my heroine, and the brutality of her attack stayed with me for quite some time. But to get across the terror experienced by a rape victim, it had to be faced head on.

Although Burying Leo has received very favorable comments from male reviewers, I still think it is mostly a women’s story. I sincerely hope that the novel will encourage readers to open their hearts to the victims of sexual assault. I also wish that women would become more supportive of each other in general. The “good old boys network” has yet to be matched with a “good old girls network.”

Over the years, I have received most accolades for my human interest stories—clean-cut, uplifting, sometimes funny, but mostly heart-warming memoirs. With delving into Burying Leo (and another novel I am currently revising), I definitely took a turn toward humanity’s dark side, and at first I was not at all sure if I would be up to the challenge.

As it turned out, both novels incorporate plenty of human interest, albeit of a more depressing nature. Besides, if someone as kind, gentle, polite, and soft-spoken as Michigan’s Elmore Leonard could establish himself as a highly successful author of gritty crime stories, there was no reason I could not tackle something unpleasant with a redeeming twist.

Burying Leo developed gradually as I went along. I usually have an idea of what I want to come through in my work. However, the way I am going to express it depends a great deal on the characters that appear along the storyline. Their interactions and dialog have a lot of bearing on where the story will go and how it will end.

In addition to more modern authors, such as Margaret Atwood, Toni Morrison, and James Patterson, I like Mark Twain and Pearl S. Buck (whose German translations I enjoyed in my younger years), John Steinbeck, Margaret Mitchell, J.R.R. Tolkien, Charles Dickens, and Heinrich Böll.

But the one writer I absolutely adore is William Faulkner. At first, I found his books hard to read because of his tendency to incorporate the speech patterns of the American South. Once I became familiar with his dialog I found them fascinating because they put you right into the midst of the social settings he portrays.

My reading tastes vary a great deal. I go from non-fiction to poetry to fiction, and I really don’t have a favorite genre.

I just read the novel, The Nest, by Cynthia D’Aprix Sweeney, and I still have to finish the non-fiction book, The Lion in the Living Room, a fascinating history of house cats, by Abigail Tucker. In addition, I recently completed Rick Riordan’s series, Percy Jackson and the Olympians. Although I am not much of a science fiction fan, I yielded to one of my young family member’s enthusiasm, and I thoroughly enjoyed all five books.

It was Elmore Leonard who bolstered my resolve to pursue my writing. Not only did I have the pleasure to get to know this prolific writer personally, he also allowed me to interview him for a journalism class assignment. At the time, Mr. Leonard was already an established author, but he was still hoping for a bestseller. That he eventually far exceeded that goal serves as my constant reminder to “keep on doing what I like to do best.”

I am in the process of revising my second “dark” novel, this one dealing with the consequences of child abuse. Then I am ready to return to something lighter, more uplifting. I have a romance novel to edit, and taking into account my stacks of personal journal entries, I am toying with the idea of writing my memoir. Even if it never gets published, maybe some of my descendants will one day be tempted to learn more about that German relative from way back.

BURYING LEO IS AVAILABLE ONLINE, OR ASK YOUR LOCAL BOOK SELLER TO ORDER IT.