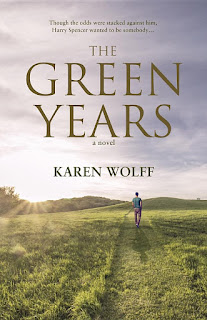 The Green Years by Karen Wolff is the story of Harry Spencer, a boy growing up in South Dakota in the 1920s, who has to find his own path after his father returned from WWI a broken man. Wolff Wolff turned to fiction writing after a career in academia. Her family history inspired The Green Years. 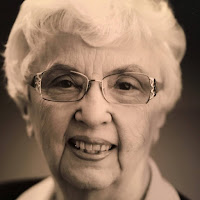 Karen talked with Rose City Reader about her book, inspiration, and the surprising history of the KKK in the Midwest:
You dedicate The Green Years to the memory of your father. Is any of the story based on your own family history?

My father was the inspiration. He entertained us with stories of his childhood -- how he learned to swim when he was thrown into Brule Creek, how he and his friends put a buggy on a church steeple at Halloween. I treasured his sense of humor, but I wanted my book to be more than a series of anecdotes. I wanted to create a protagonist who was imbued with that same love of fun as my dad, but one who was also invested with with big dreams and ambitions.

I came to love Harry as if he were my own son. One of my challenges was to make him a real boy, capable of devilment and selfishness, when my maternal instincts wanted him to be a paragon of behavior.

The story takes place in in South Dakota in the 1920s. What drew you to this setting for your novel?

I chose it because that is where my father grew up. It is a part of the country I know well and love.

I began writing fiction after a career as a music educator and administrator, most recently as dean of the School of Music, Theatre and Dance at the University of Michigan. I have always loved to write and won a national poetry contest while still in high school. Several of my non-fiction articles and speeches have appeared in journals and trade magazines. As a musician, I was appointed by President George Bush to the National Council of the NEA for six years.

What did you learn from writing your book – either about the subject of the book or the writing process – that most surprised you?
The research for the book led me in so many new directions: I knew nothing of the WWI museum in Kansas City or how electrical lines were installed. I met a Model T owner at a Greenfield Village Model T festival who showed me how to drive that car.

One of the strangest anomalies to occur in South Dakota in the 20’s was the arrival of the Ku Klux Klan. This organization whose primary mission of white supremacy took root in a state that was, except for Native Americans, nearly 100 percent white. There it directed its animus toward Catholics and the foreign born, especially Jews who were few in number. It also sided with Prohibition on the “dry” side. In my story the fact that Granddad Didier was French born and a “wet” made him an easy target for the Klan. This was delicious material for a novelist and allowed me to show the tensions among the Klan, the “wets” and the “drys” and their effect on a growing boy.

I had a general idea that I wanted a father/son reconciliation but didn’t know the details until I was writing it.

What sort of reader do you think would enjoy your book the most?

Readers of all ages who seek relief from our currently disordered world by reading about characters who reflect old-fashioned values and themes. I have been pleasantly surprised by the enthusiasm of seniors who read my book. It recalls for them the time of their parents or grandparents.

Who are your three favorite authors right now?

I read many novels, oftentimes on audio where the narrator can really make the book come alive. I recently listened to The Overstory by Richard Powers and The Dutch House by Ann Patchett. Currently I’m reading Out Stealing Horses by Per Petterson who is a stunning, amazing writer.

As Miles Davis once said, what isn't played is what's really at the heart of great music. The silence is as important as the sounds. A writer’s task is one of withholding and revealing, deciding what to say and what to leave out. When to show, and when to tell, and when to simply trust the reader to discover what is there in the silences between the words.

My next book is titled The Deviant and will be out next year. Serendipitously, it is set in the same place in South Dakota as The Green Years. It is a true crime story about two girls who disappeared on their way to a graduation party. Currently, I am working on a collection of short stories set at a fictional university.

THE GREEN YEARS IS AVAILABLE ONLINE AND THERE IS A KINDLE EDITION.