The Blue Bookcase has started a "Literary Blog Hop" for blogs "that primarily feature reviews of literary fiction, classic literature, and general literary discussion." It is a lot of fun and I have found several wonderful blogs through this event.

Each week, in addition to hopping around and visiting some terrific book blogs, participants answer a bookish question.  The Blue Bookcase team came up with this week's question:

What is one of your literary pet peeves? Is there something that writers do that really sets your teeth on edge? Be specific, and give examples if you can.

I try not to read books that set my teeth on edge, so I don't have a lot of literary pet peeves.  In fact, I am pretty tolerant once I commit to reading a book.  This is in complete contrast with the rest of my life, in which I suffer daily from a host of pet peeves too embedded and byzantine to even examine.

Christie at the Blue Bookcase already covered one p.p. I could come up with: long dialog with no identification of the speaker.  If you get to the point where you have to go back and count every other paragraph to figure out who's talking, it needs help!

I've recently become frustrated with authors using the same word over and over again, like it got stuck in the author's head and no editor caught it.  This seems to happen in mysteries a lot.  The author of The Club Dumas, which I am reading now, used "rictus" one too many times for me. And I can't remember now which book I recently read, but the author used "sanguine" at least a couple dozen times (I stopped counting at about 28) to describe different people in different situations.

Along the same lines, it really does bother me when authors use similar sounding names.  Things seldom are as bad as in Advise and Consent, Allen Drury’s 1959 Pulitzer winner, in which many characters have the same name. For instance, the nominee and the Senate Majority leader are both names Robert and both go by Bob. Context usually makes clear which one is under discussion, but it takes a while to pick it apart. There are also two Hals, two Toms, and two Johns (but no Mikes, Marks, or Daves). Maybe it is more like real life to duplicate names, but some literary customs are there for a reason.

How about you?  I'm looking forward to some real rants on the hop this week.

Posted by Gilion at Rose City Reader at 8:58 AM 14 comments 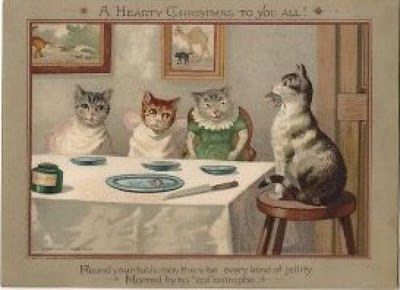