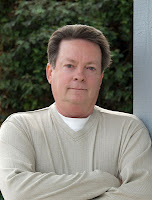 Michael Murphy is an Arizona author with eight novels under his belt. He loves deserts, mountains, lakes and Arizona's "wacky politics"; raises urban chickens; and tries to weave humor through the stories he tells.

Murphy's newest book, Goodby Emily, is the roadtrip adventure of a middle-aged professor and his two buddies going back to Woodstock to scatter his wife's ashes where they had met decades before. 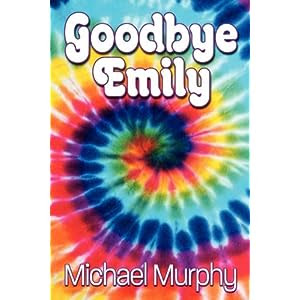 Goodby Emily is available for pre-order now and is scheduled for release in January.  But since this is the anniversary week of the original Woodstock festival, it seems like a good time to interview the author!


How did you come to write Goodbye, Emily?
I wanted to write a novel that realistically portrays people Baby Boomers in a realistic manner, funny, sexually active and optimistic about the future. Each of the main characters has problems to address, but they maintain an idealism rooted in the roadtrip they took to Woodstock. Sure there’s sex, drugs and rock and roll, but mostly it’s a tender look back to sixties.
Do you have a personal connection with Woodstock? What led you to write a novel centered on returning to Woodstock?
I worked with a woman named Louise Castro for ten years. I never knew she’d attended Woodstock until her last day at work after she’d come down with cancer. I wrote the novel for Louise.
How much of your novel is based on true, historical events?

About a third of the novel is told in flashback to Woodstock, the music, the mud—I’ve apparently painted a realistic portrayal as two Woodstock icons, Country Joe McDonald and Wavy Gravy read advance copies and loved it! Joe said:


Michael Murphy's novel, Goodbye Emily is an entertaining and poignant adventure. Well written and easy to read. The book revisits the Woodstock Music Festival through the minds and lives of several men who were there and plan to return to the original site. All characters have their own reasons for the journey but it is easy for anyone of that generation to identify with them and their struggle to deal with present and the past. A very enjoyable and timely and fun read. It is a great book but would also make one hell of a great movie.

Wavy said, “What we have in mind is a sweet look back at the good old days. We must have been in heaven, man.”
What did you learn from writing your book – either about the subject of the book or the writing process – that most surprised you?
Surprisingly, perhaps, it wasn’t about Woodstock. I learned a lot about Broken Heart Syndrome, an actual medical condition that one of my characters is dealing with. The medical term is stress cardiomyopathy that often leads to death after one has dealt with a tragic loss in their life. The other thing I learned a great deal about was Alzheimers.
What is the most valuable advice you’ve been given as an author?
Enjoy the ride. We often get involved in marketing and promoting our books (that’s work) and forget about the joy of portraying a world we created. I advise other writers not to neglect the work of selling their books, but never forget why you became a writer.
What do you do to promote your books? Do you use social networking sites or other internet resources?
Social networking is important. I’m active on Facebook and Twitter and I started a Goodbye Emily blog that will focus on different Woodstock performers and where they are now. I also teach novel writing workshops with my mentor Toby Heathcotte called You Too Can Write a Novel.
Do you have any events coming up to promote your book?
Goodbye Emily was written about and for Baby Boomers, so I wrote a recent where-are-they-now? article for a Boomer magazine, Boomer Café. I’m focusing on putting together a list of book reviewers who attended Woodstock and hopefully a few more performers. And as the release date draws near, I’ll begin a blog tour.
Who are your three (or four or five) favorite authors? Is your own writing influenced by who you read?
My favorite author is Nelson DeMille. I try to emulate his humor in my writing. I love Dennis Lehane for his characterizations and Dean Koontz for his ability to visually capture scenes.

THANKS MICHAEL! And good luck with your new book!

Posted by Gilion at Rose City Reader at 9:38 AM 5 comments