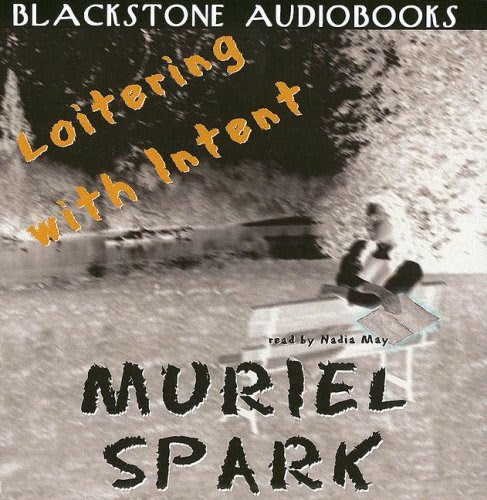 The wages he offered were of the 1936 vintage, and this was 1949, modern times. But I pushed up the starting price a little, and took the job for its promise of a totally new experience.


-- Loitering with Intent by Muriel Spark. That is my favorite kind of opening sentence -- one that sets a vivid and particular scene, but also hints at bigger world events with its "not yet been demolished." It gets my brain revved up for a good story because I know she is going to cram a lot in.

I'm a big fan of Muriel Spark, ever since I read The Prime of Miss Jean Brodie because it was on the Modern Library's list of Top 100 Novels of the 20th Century. But I haven't read any lately and was inspired to download the audio edition this one when I read about Nick Hornby's enthusiasm for Spark in More Baths Less Talking: Notes from the Reading Life of a Celebrated Author Locked in Battle with Football, Family, and Time Itself.

Teaser Tuesdays is hosted by MizB at Books and a Beat, where you can find the official rules for this weekly event.