Burn Down This World by Tina Egnoski - BOOK REVIEW 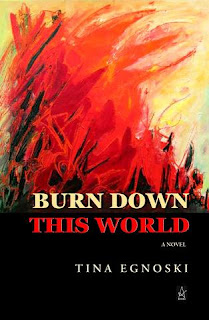 Burn Down This World by Tina Egnoski (2020, Adelaide Books)

Tina Egnoski's new novel, Burn Down This World, centers on Celeste and Reid Leahy, a brother and sister who come of age in a military family in the South in the late 1960s, at the height unrest about the Vietnam War. Both are active in antiwar demonstrations at the University of Florida in the early 1970s until violence at the protests tears the siblings apart. Reid leaves Florida, not to return until the two reunite in 1998 during the devastating Florida wildfires.

The novel goes back and forth between the story of the campus protests in the 1970s and 1998 when Celeste and Reid reunite during the wildfires. Egnoski handles this braided narrative well. She weaves just enough information into each storyline to keep the reader engaged without revealing too soon the twists and turns of the plot.

The essence of the story is the family drama between Celeste and Reid. The exciting settings of protest and wildfire make that family story all the more compelling. Egnoski also uses the music of the 1960s and 1970s to set the scene and sometimes as a catalyst for the story. For example, Celeste's love of The Doors brings her closer to her brother at an otherwise contentious time in their lives. Both the college protest and the wildfire storylines have action and emotional impact.

All in all, Burn Down This World is an absorbing story, well told.

I'd recommend Burn Down This World for readers interested stories about the 1970s or Vietnam War protests, brother/sister stories, or family dramas. Also, readers looking for novels about Florida other than murder mysteries would like it. It would make a great Book Club pick because there is a lot in it to discuss.

Burn Down This World is available in paperback or kindle.

Author Tina Egnoski writes poetry and fiction. She is a native of Florida and now lives in Rhode Island where she works in the Liberal Arts Division at the Rhode Island School of Design. Burn Down This World is her first novel. 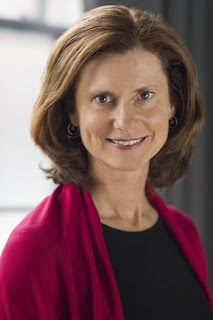