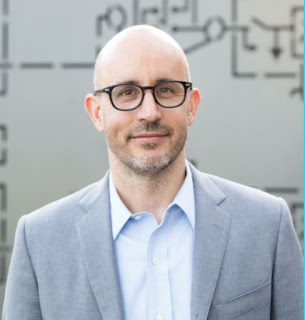 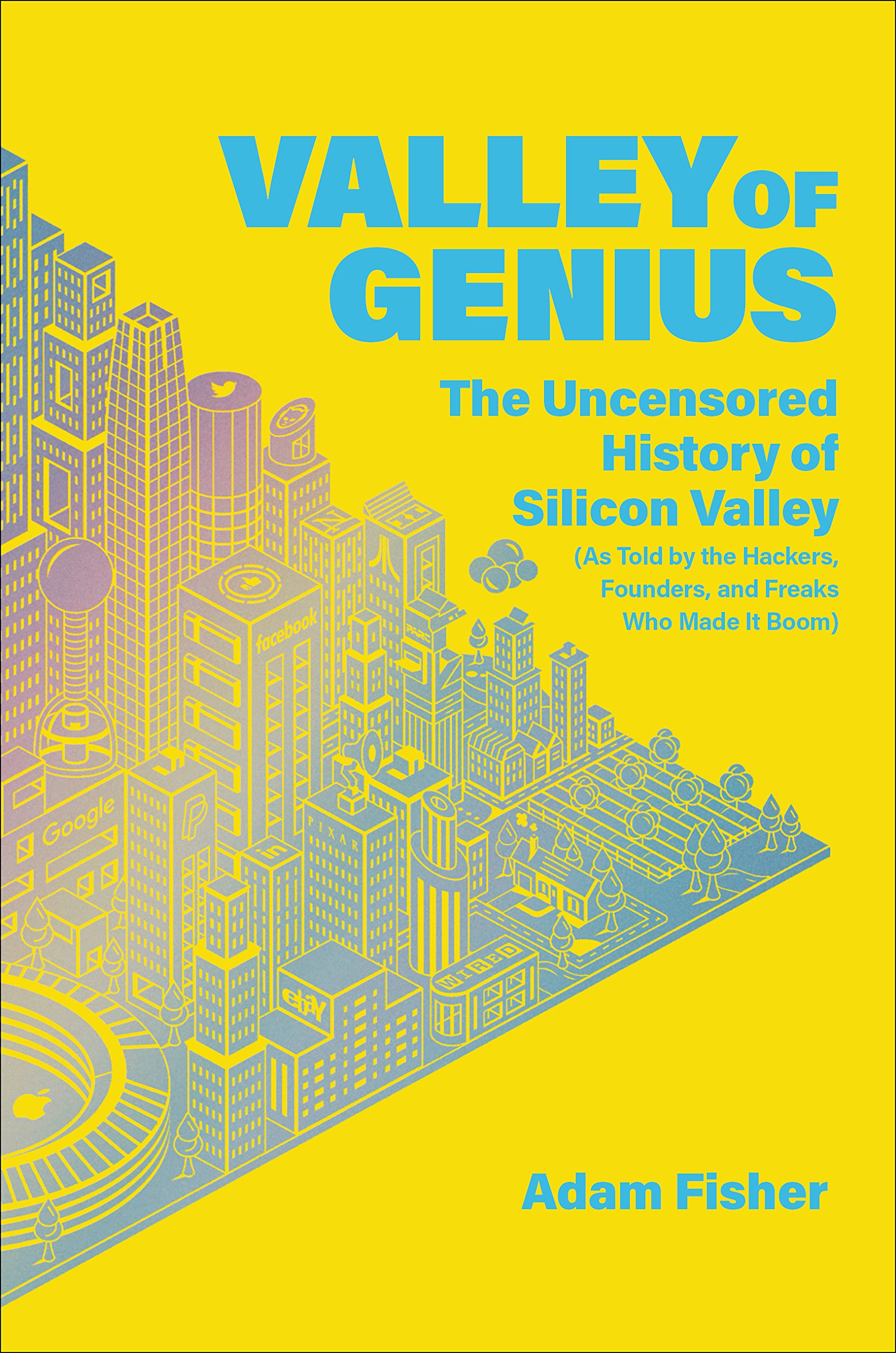 Adam recently answered questions for Rose City Reader about his book and the fascinating world of Silicon Valley.

Who is the audience for your book? Would people outside of Silicon Valley find it interesting?

The audience is basically my mom: someone who likes reading, and is interested in Silicon Valley – but not obsessed with it. Someone who wants to read one book about Silicon Valley, not a whole shelf of. So it’s basically designed one stop shopping: Read it and you will understand how Silicon Valley works, why it works, and what motivates people there to keep working – and keep changing our world.

How did you come to write Valley of Genius?

It’s hard to believe – because it’s as rare as being struck by lightning – but I was actually recruited to write the book, by a publisher. (Twelve, a division of Hachette.) I still pinch myself from time to time. The actual story of the lightning strike is a bit mundane: I got a call from the editor of Twelve wondering if I wanted to write an oral history of Silicon Valley, and I didn’t even think before I said yes. It was just immediately obvious that it was a great idea. A history of Silicon Valley had never been done before (at least for the modern era of Silicon Valley, that interests me), so there was an obvious need for such a book. But I would have never thought of it myself – because it’s such a daunting and ambitious project to take on, which probably explains why no writer had ever attempted it! A week after that call, I had a big advance and so could afford to take a few years off and tackle the project.

Before becoming an author, I was a magazine writer and editor. I’ve worked for lots of big magazines, but my longest stint – seven years – was as a long-form editor for Wired magazine. After that there was another five years as a full-time freelance magazine writer. Books are just the natural next step.

Why did you decide to tell the history of Silicon Valley through interviews, as an oral history, instead of in a more traditional narrative format?

I fell in love with the oral history format when I was a magazine editor. The beauty of the format is that it takes the author out of the equation. I really wanted this book to be seen as the history of Silicon Valley, not one journalist’s take on the history of Silicon Valley. Because, really, who cares what Adam Fisher thinks that history is? The important thing is the story that the people who built Silicon Valley tell. Not only is it their history, but how they understand that history is what guides them as they build the future, today.

How long did it take you to gather your interviews and how did you get so many people, including famous people like Steve Jobs, to talk to you?

I didn’t quite realize it when I started the project, but “writing” an oral history is at least ten times harder than writing a regular narrative. Every time you need something explained, you need to get some quasi-famous multimillionaire or billionaire to say it to you. So most of the work was just the shoe leather work of deep reporting.

Of course, I did not interview Steve Jobs myself. He died years before I started even thinking about writing a book. And there are some other very big names that are essentially impossible to get interviews with. But Jobs and people like him have given lots of interviews earlier in their lives and there are archival recordings at places like the Smithsonian and Stanford. I also sometimes went back to journalists who had interviewed these guys and convinced them to give me their original takes.

But the vast majority of sources in the book, probably about 200 people, I interviewed face-to-face, for many hours at a time. At the end, I had about 10 million words of material and I had to go through that and cut out all the boring stuff to get it down to 500 pages. I locked myself into my office for over four years to do it. It was a huge undertaking that took a lot more time than I expected.

Some of the stories people told you seem so incredible – have you thought about using the material you gathered to write fiction?

The part about Steve Jobs taking LSD to die surprised me the most, because before I began, I thought I knew everything there was to know about him. I’ve been a fanboy since the Apple II era, and I’ve read and re-read all the histories and biographies. And yet, when I went back to interview the people who knew Jobs best, I was constantly surprised. It wasn’t just the drugs, it was his spiritual journey, the way he treated people close to him, his business dealings — everything. In fact, I think that we are just now, almost a decade after his death, starting to get a handle on who he really was. He had a remarkable ability to spin and sell his own myth. That’s the famous “reality distortion field” that everyone talks about. Only now are those distortions finally starting to fade.

What is the most valuable advice you’ve been given as an author or about writing your book?

There are no shortcuts.

I’m going to take a breather for a little bit, and then I’ll probably dive back in with another big idea for a book. But what is that big idea is going to be? I can’t say, because it hasn’t come to me yet.

VALLEY OF GENIUS IS AVAILABLE ONLINE OR ASK YOUR LOCAL BOOK SELLER TO ORDER IT.