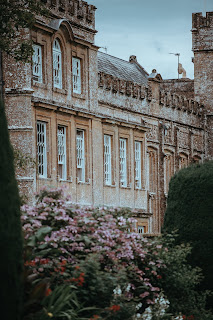 P. D. James was the grand dame of British mystery writing when she died in 2014 at age 94. She published her first mystery in 1961, following the Golden Age traditions of Agatha Christie, Dorothy L. Sayers, and Ngaio Marsh.

James is best known for her series featuring Chief Inspector Adam Dalgliesh, a poet as well as a detective. The books are all set in some kind of closed society -- an adaptation of the "closed room" mystery. She also has two mysteries starring Cordelia Gray, stand-alone novels, a book of four Christmas short stories, and non-fiction books.

I've now read 12 of James's books. Unusual for me, all but one with my ears. The audiobook editions are particularly good and readily available from my library.

Those I have read are in red; those currently on my TBR shelf are in blue.

Shroud for a Nightingale (1971) (nursing school)

Devices and Desires (1989) (community with a nuclear power plant)

The Mistletoe Murder and Other Stories (2016)

Time to Be in Earnest: A Fragment of Autobiography (1999)