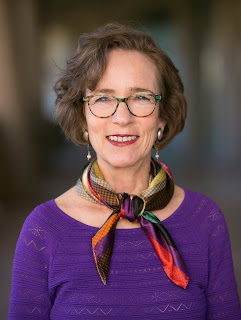 Author Lisa Braver Moss' new novel Shrug is drawn from her own tumultuous adolescence in 1960s Berkeley, California. Moss still lives in the Bay Area. She usually writes nonfiction, specializing in family issues, health, Judaism and humor. Her essays have appeared in the Huffington Post, Parents, Tikkun, Lilith, and other publications. Shrug is her second novel; The Measure of His Grief was her debut novel. 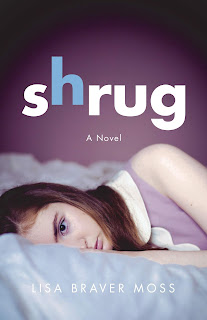 Lisa recently talked with Rose City Reader about Berkeley in the 1960s, the teenage voice, and her new book Shrug:

How did you come to write Shrug?

I worked on Shrug, off and on, for years. It’s a book I felt I just had to write, but for a long time I didn’t know how to tell the story, partly because of the riddle of how to manage the highly emotionally-charged content. The manuscript would sit in a drawer and I would work on other writing projects. Then I’d take it out of the drawer, dust it off and revise it, but it still wasn’t quite right, so back into the drawer it would go. I did this many times! Luckily I was able to write a lot in between.

The story takes place in Berkeley in the 1960s. What drew you to this time and location for the setting of your novel?

Shrug is autobiographical, and I grew up in Berkeley during that period. The 1960s were a time of social chaos in Berkeley, but also a time of tremendous vitality. I thought my home town made a good backdrop for the story: the chaos out there in the streets, juxtaposed with the home life instability.

Your lead character Martha blames herself for the domestic violence of her parents. Why do you think children do this?

I don’t think Martha exactly blames herself for her parents’ behavior. It’s more subtle than that. Martha thinks it’s her responsibility to fix what’s in her family. She believes she sees what’s wrong, and that she therefore has an obligation to make it right. Neither of these beliefs is true, but that over-developed sense of responsibility enables Martha to hold on to the illusion that she can control her circumstances if she just tries harder. Of course, she’s already one of those people who tries too hard! But somehow, and I think this is true for many children growing up with domestic violence, feeling responsible to fix the family is more palatable than the idea that one’s own parents are unsafe. That’s too overwhelmingly painful to contemplate, so kids can often turn against themselves, feeling they’ve failed, even if that’s not a conscious feeling.

What role does music play in Martha’s life and in your book?

Music is of tremendous importance to me, and to Martha. This was one area where I just allowed Martha to be virtually the same as me (i.e., Martha has essentially the same taste in music that I had during my teen years). I had great fun with this. However, music is Martha’s only real outlet, the one thing she knows she should pursue, and she even gets some relief from her shrug while lost in the music. I had outlets other than music as a kid, and didn’t choose to pursue music seriously. In Martha’s case, music is her ticket, the one escape hatch that makes sense for her and makes her feel she has something to offer.

I’d say I learned the power of voice. I finally tried writing the beginning as a teenager would tell the story, and it just worked. It turned out that once I “got” that voice, it wasn’t hard to bring it all the way through the novel. I still remember feeling many of the ways that Martha feels in the book, so the voice came fairly naturally. I had to go through and simplify some of the language, but that wasn’t hard. I guess that was the biggest surprise – that any aspect of writing Shrug was easy!

I knew how the book would end, and I knew much of the middle. I wasn’t sure how to start the story; that came to me later (and thank God for the cut-and-paste function in Word…!).

My writing, or maybe it’s just my thinking, is very much influenced by what I’m reading. I have to be careful of this, in fact – that what I’m reading doesn’t interfere with my work.

I like straight-ahead fiction like the novels of Nick Hornby and Richard Russo, and also, of course, powerful women’s voices – Barbara Kingsolver, Jane Smiley, Eve Ensler, Kate Braverman, to name just a few. However, a disclaimer – this list is so incomplete that I’m not sure it even makes sense to try to compile it. Ask me again in a month and the answers might be different!

A friend who was a writer told me early on that in writing, everything is fixable – i.e., there’s always a solution. This is not exactly advice – and there is certainly such a thing as a deadline – but it’s one of the things I love about writing. This idea of infinite “fixability” has given me the stamina to keep going when some part of me wanted to quit.

Yes! I’m speaking on Friday, November 8th at 7:30 p.m. at Temple Sinai in Oakland, California. Then I’ll be on a panel of three authors who have recent books about the 1960s. That one will be Sunday, November 10th at 1 p.m. at Book Passage in Corte Madera, California.

Not just yet. Ideas are percolating… fortunately I have many interests, so I can take a little break and do other things, which I find gives my unconscious a good way to sort out my thoughts.

SHRUG IS AVAILABLE ONLINE, OR YOU CAN ASK YOUR LOCAL BOOK SELLER TO ORDER IT!