Victor Bevine is an actor, director, teacher, parkour advocate, and now the author of a new novel called Certainty. His fiction debut is a historical novel inspired by a true scandal in Newport, Rhode Island near the end of World War I, when a local Episcopal priest was accused of sexual impropriety with Navy sailors.

How did you come to write Certainty?

One night about 20 years ago, while I was still deep in pursuit of a film writing and directing career, I found myself strolling down NY’s Lower Broadway in the midst of a sudden downpour. With no umbrella in hand I ducked into a gem of a bookstore, Shakespeare & Co., so-called after the famous Paris bookstore of the same name, and there I discovered the collection of essays that introduced me to the Newport Navy Vice Scandal.

My retelling of that story began as a screenplay, and when production of the film version fell apart a second time at the start of the 2008 financial crisis, I began the novel that I’d always wanted to write. Six months later the first draft of Certainty, the novel, was completed. It was not very good, still very much a screenplay minus the formatting. Two years later, after having narrated about sixty books for Audible.com, I returned to the manuscript with fresh eyes and found that, much the way a parrot learns to talk, I had more or less learned the craft of narrative fiction.

In terms of overall story, contemporary public opinion and the fallout for those involved in the Newport Navy Vice Scandal, Certainty is based very closely on actual events. The timeline has been condensed somewhat and the characters themselves, William, Kent, Charlie, Sarah, Dottie and the rest are composites of people found among the 3000 pages of trial transcripts and other source material.

I was very fortunate to have had access to the 3000 pages of original trial transcripts on file in the National Archives, the existence of which I discovered, along with the story itself, in an essay by Yale historian George Chauncey included in the collection, Hidden From History, Reclaiming the Gay and Lesbian Past, available on Amazon.

I also researched the Women’s Suffrage and Prohibition movements of the time, along with the history of homosexuality in the Navy and contemporaneous societal views on homosexuality in Gay New York, also by George Chauncey, a fascinating book available in bookstores and on Amazon.

Unfortunately, no one from that period remains alive, so I was not able to conduct any personal interviews.

Can you recommend any other books or resources about the Newport Navy Vice Scandal?

There is a book called Perverts by Official Order by Lawrence Murphy also available on Amazon.

It always amazes me how the writing process and the characters themselves take on a life of their own once you’re sufficiently into the story. Whenever I felt the need to create a new scene or rewrite a section of Certainty, I simply had to put the characters into the situation, then listen and watch (with my mind’s eye) how the characters reacted to the given circumstances, and what they said about it. For me, when I’m in the zone, it’s almost like I’m a bystander, just taking dictation.

Top amongst my favorite writers are F. Scott Fitzgerald (there are several “homages” to F. Scott in Certainty…did you spot them?), Michael Cunningham, Hemingway (especially his short stories), Chekov, and of course, Shakespeare. I am, on my best days, influenced, and humbled, by all of them.

I am currently reading anything I can get my hands on about St. Paul, Google, Elon Musk and ISIS, all of whom figure prominently (though not always by name) in my next novel!

You have a terrific website, a facebook page for the book, and an active twitter feed. From an author's perspective, how important are social networking sites and other internet resources to promote your book?

Social networking of all sorts is a vital part of promoting a book these days, and I’m afraid my skills in that area fall far short. Though I am being ably assisted by the talented Tenaya Jacobson in that department, I definitely need to learn from her and get more involved.

Yes! My wonderful publicist Mary Bisbee-Beek has been helping me with that and I have an upcoming reading on December 5th at the public library in Newport, RI which of course is where the story of Certainty is set! Very excited about that! I will also be doing a reading early in 2016 at the Newark Public Library, in Newark, NJ. And Amazon UK has been promoting Certainty as a “monthly deal” in honor of WW1 “Remembrance Day” (Nov. 11th).

Three rules of writing that I try to live by, all shared with me by others along the way:


What’s next? Are you working on your next book?

I am still in the research phase of my next novel, but I feel as though I’ll begin outlining and writing soon. I know I have to write this one because it won’t leave me alone, with ideas about it popping into my head all the time. It involves many of the same underlying themes as Certainty, but on a much larger scale, and though there are numerous elements (and some characters) borrowed from history as well as modern life, it’s a wholly invented tale.

CERTAINTY IS AVAILABLE ONLINE AT POWELL'S, AMAZON, OR OTHERS, OR ASK YOUR LOCAL BOOKSTORE TO ORDER IT! 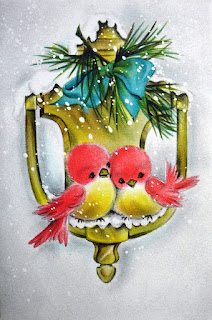 Posted by Gilion at Rose City Reader at 8:30 AM 1 comments