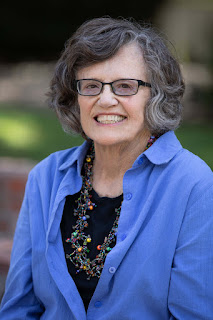 Kay Trimberger is a sociologist, professor, and author. She lives and writes in Berkeley, California, which is where she was living when in 1981 she adopted a biracial son born in Louisiana. Her new memoir, Creole Son, describes her search to understand why her son grew from a happy child into a troubled young adult who struggled with addiction for decades. 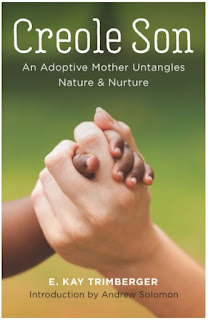 Kay Trimberger talked with Rose City Reader about adopting her son, nature v. nurture, Black Lives Matter, and her new book Creole Son:
Tell us how you came to be the single white mother of an adopted biracial son?
I identify with the Baby Boom generation even though I'm a few years older. From the time I was a teenager, I knew I did not want the life of my homemaker mother. I wanted a career, even though I had no female role models. To accomplish this, I thought I had to remain single, an idea reinforced in 1962 when a professor from a prestigious graduate school called me up and asked if I had any plans to get married. When I said "no," he replied that they would give me a fellowship. I thought, however, that by my mid 30s I would have tenure as a professor, that a husband/father would arise and that I would become a mother. My career goal was accomplished, but the right man failed to appear. Moreover, I didn't consider that I could have a fertility problem, even though I had never been pregnant when I could have been.

I still wanted to be a parent and felt positive about transracial adoption and about becoming a single parent. So, in the late 1970s, I decided to try to adopt. I soon discovered that agencies for domestic and foreign adoption did not want to consider single women. At the same time, however, private adoption through a lawyer was becoming more common. Through personal connections that I created, I heard about a mixed race baby, soon to be born in Louisiana, who would be available through a San Francisco lawyer. Ten days later, a beautiful, healthy boy was delivered to me at the San Francisco airport. I began my journey as a single mother in an interracial adoption full of optimism and enthusiasm, but with a tangle of misguided mythologies—ones I describe in my book.

How did you come to write your memoir Creole Son?

When my son Marc was 26, I helped him find his Louisiana birth parents, something he wanted but was too scared of rejection to initiate. A tracer I hired for very little money easily found his Cajun birth mother, called her and found that she had long hoped for a reunion. She helped find the Creole birth father. Marco found he had a number of mixed race siblings on both the mother's and father's side. He soon had a week's reunion in Louisiana with both extended families and then a longer stay. Within a year I had met his birth families too, Even though Marc hadn't seen or had any communication with them since he was five days old, I was struck by how much he was like one or another of birth parents in temperament, personality, abilities and problems.

I had never been interested in the study of genetics, rejecting it as racist and reactionary like most social scientists, feminists and adoption theorists after 1945. For us, nurture was everything. But now I started to look at the literature. I soon found the field of behavioral genetics, which was founded in the 1970s mostly by quantitative psychologists, who based their findings on the study of adoptees, including twins adopted by different families. I wanted to write a memoir to help me probe my own motives and experiences and to further my desire to reach a non-academic audience. But now I saw I could use my academic training to try to understand the findings of behavior genetics, apply them to my story and make them understandable to a lay audience.

Nature vs. nurture is the age-old debate. Can you give us a hint about what you "untangled" in your research?

Behavioral Geneticists untangled them for me. They studied adoptive families as a natural experiment. Over more than twenty years , behavioral geneticists conducted longitudinal studies comparing specific cognitive and personality traits in birth mothers, adoptive mothers and adoptees with some of their results being counterintuitive. For example, adoptees at age 17 had more in common with their birth mothers who had placed them for adoption at about that age, and with whom they had no contact than with the adoptive parents who had raised them. They also compared siblings raised in the same family, but with no genetic connection. Behavioral geneticists have shown that both biology and the environment are important in individual development and that they influenced each other. They also found that environment outside the family was as, or more, important than parenting styles. So both science and my own experience led me to re-tangle nature and nurture for those involved in adoption and for all parents.

You deal frankly with personal issues about your relationship with your son and his addiction issues. Was it difficult sharing such intimate details in your book?

I am not a private person and I was writing at first for my own understanding. But I was worried about my son's reaction. I wrote an early article for an adoption magazine and he had to give his consent. I told him I was turning it into a book. Thus, from the beginning, he knew that the story would have personal detail, but he wasn't interested in discussing it. So, I gave him a pseudonym as I did his birth family and others in the book. After I had finished a second draft, I gave him a part to read, but he didn't. Finally, I pushed him in sit in my living room for two days (fortified by lots of food and snacks) and asked him to read especially the parts about him and his birth parents. I wanted him to tell me if anything was inaccurate or if he had objections to anything I wrote. He even read the science, said he loved the book, and wanted only a few changes or deletions. He wanted me to use his real name. I was so relieved, because I didn't know if I would have published it if he had objected. In his afterword, he says:

Seeing the complexity of my life on the page was good for my sense of self. . . .

At times I felt ashamed or embarrassed by some of my life events, but I reminded myself that every part of my life has made me who I am.

My most rewarding experience as an author has been when mothers (not always adoptive mothers) tell me that the book has erased some of their self blame for how a son or daughter turned out. I am also gratified when adult adoptees or adoptive parents report that the book has made them reconsider their own experiences with adoption. I believe that my personal revelations makes this possible.

Your son Marc wrote a moving Afterword in your book. Do you two have plans to corroborate on future projects?

No. At first, I hoped that he would take some courses to further develop his writing skills or join a writing group. I wanted him to write his own memoir. I soon realized that a parent cannot impose one's own interests. Marco is more extroverted than I am, attracted to an active work life and to working with people. He does not want to sit alone writing.

Has the recent Black Lives Matter movement caused you to take a fresh look at any of the issues discussed on your book?

Yes. I worked on this book for about ten years and I couldn't anticipate what might happen in society when it was published. More than five years ago I decided to emphasize the nature/nurture theme because adoption theory and practice has started to deal with transracial issues , but there was very little consideration of specific ways that biology impacted adoption. Because of this decision, I included a lot of anecdotes about the impact of racism on Marco and what I learned from that. But I didn't try to generalize. Now, I'm trying to read and think more broadly about race and adoption. Isabel Wilkerson's new book, Caste has had the biggest impact on my thought. I'm planning to write an essay or blog soon on how the long history of caste segregation between blacks and whites in the US makes adoption of black or biracial children by white parents especially difficult. Such understanding can help make such adoptions more successful.

Are there other memoirs about raising adopted children that you recommend?

Are there any resources for parents of adopted children or children with addiction problems that you think are particularly helpful?

On advice for adoptive parents see Joyce Pavao, The Family of Adoption and Cheri Register, Beyond Good Intentions: A Mother Reflects on Raising Internationally Adopted Children. There are also organizations that hold conferences and publish newsletters on current issues in adoption, often bringing together social workers, adoption professionals, academics and adult adoptees, adoptive parents and birth parents. One such organization in The North American Council on Adoptable Children.

This long pandemic has disrupted planning, not only for those of us who published a book during it, but for many authors. Currently, I don't plan to write another book, but I do plan to engage in adoption debates, and to continue writing for my blog, Adoption Diaries on Psychology Today. I also want to engage in discussions and debates about parenting outside the nuclear family. I'm pleased that the internationally known scholar, Andrew Solomon, interviewed Marco and me (separately) for his forthcoming book, Who Rocks the Cradle? He also included us in his audio book, New Family Values. His introduction to Creole Son and his virtual interview with me in June (available on my website) begins this discussion.
THANK YOU, KAY!
CREOLE SON IS AVAILABLE ONLINE IN PAPERBACK OR EBOOK. 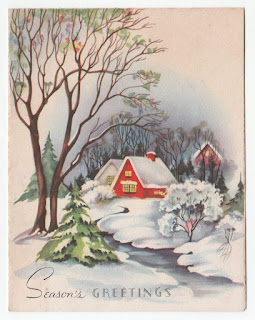