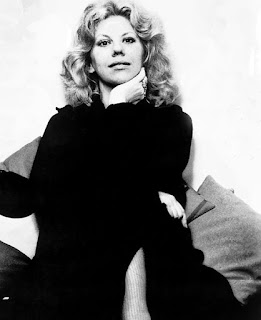 She titled her article "I've Got a Little List" and included her own list of the Top 100 20th Century Novels by Women. Jong explained that she had compiled the list from votes cast by those “250 or so distinguished women writers and critics” and “about thirty male novelists, critics and poets” whom she solicited directly, as well as participants in “the rather lively writers’ forum” on Jong’s website. The list is in order of the number of votes received.
Jong's method for creating the list was not scientific. But the results provide excellent reading.

Here is Jong's list. I've noted if I've read a book, if it's on my TBR shelf, or if it is available as an audiobook from my library.
See any favorites?

Gone With the Wind by Margaret Mitchell FINISHED

Interview With the Vampire by Anne Rice ON OVERDRIVE

To the Lighthouse by Virginia Woolf FINISHED

The House of Mirth by Edith Wharton FINISHED

The Age of Innocence by Edith Wharton FINISHED

The Well of Loneliness by Radclyffe Hall ON OVERDRIVE

The Dollmaker by Harriette Simpson Arnow

My Ántonia by Willa Cather FINISHED

The Fifth Child by Doris Lessing

The Grass Is Singing by Doris Lessing TBR SHELF

To Kill a Mockingbird by Harper Lee FINISHED

Woman on the Edge of Time by Marge Piercy ON OVERDRIVE

The Third Life of Grange Copeland by Alice Walker

The Mists of Avalon by Marion Zimmer Bradley FINISHED

The Prime of Miss Jean Brodie by Muriel Spark FINISHED

Bastard Out of Carolina by Dorothy Allison FINISHED

Their Eyes Were Watching God by Zora Neale Hurston FINISHED

A Book of Common Prayer by Joan Didion TBR SHELF

Play It as It Lays by Joan Didion (reviewed here) FINISHED

The Group by Mary McCarthy FINISHED

The Company She Keeps by Mary McCarthy FINISHED

The Little Disturbances of Man by Grace Paley TBR SHELF

The Heart Is a Lonely Hunter by Carson McCullers FINISHED

The Death of the Heart by Elizabeth Bowen FINISHED

Progress of Stories by Laura Riding

The House of the Spirits by Isabel Allende FINISHED

Nights at the Circus by Angela Carter TBR SHELF

Dinner at the Homesick Restaurant by Anne Tyler FINISHED

Disturbances in the Field by Lynne Sharon Schwartz TBR SHELF

Stones for Ibarra by Harriet Doerr

The Mind-Body Problem by Rebecca Goldstein

The Children of Men by P.D. James FINISHED

Stones From the River by Ursula Hegi FINISHED

The Waterfall by Margaret Drabble FINISHED

The Locusts Have No King by Dawn Powell

The Women's Room by Marilyn French

Tell Me a Riddle by Tillie Olsen TBR SHELF

The Autobiography of Alice B. Toklas by Gertrude Stein FINISHED

The Secret Diary of Adrian Mole by Sue Townsend ON OVERDRIVE

This is a repost of a list I first posted in 2009. So far, I've read 57 of the 100 and gave up on another one, so I have 42 to go. Of those that I read because they were on this list, my favorites are Play It as It Lays, Things Invisible to See, and The Children of Men.