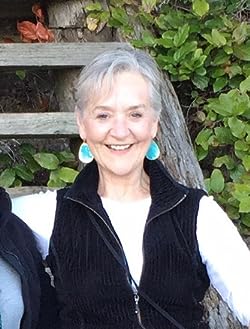 Jeannie Burt grew up on an eastern Oregon farm. Her rural community was so small and close knit that she was related to three of the other five kids in her high school graduating class. It is easy to understand why she left this small-town life to find big-city adventure in the corporate world of San Francisco, New York, and Milan.

After publishing two non-fiction books, Burt found inspiration in her rural childhood for her first novel, When Patty Went Away. This heart stirring story is set in 1976 in a remote farming community and centers on one farmers search for a missing teen, his daughter's best friend.

How did you come to write When Patty Went Away?

Originally the idea came when a young man I knew was grappling with drug addiction. Seeing what it did to his family broke my heart. To exorcise my own feelings about their struggles I decided to write a story dealing with what might be going on in his life. After a lot of work on it, I didn’t seem to be able to hang onto a story told from a young man’s point of view, so reworked it again from a girl’s viewpoint.

That girl was Patty. Her character had a wonderful in-your-face voice and I loved her intelligence and rebellion. But in the end it, too, just didn’t work.

My anguish about things in the young man’s life didn’t dissipate, though, and I knew for my own sanity I needed to stick with the story, but someone else had to tell it, someone who would need to face his own fears to do it. That someone was quiet farmer Jack McIntyre.

The book takes place in Eastern Oregon farm country in 1976. Why did you choose this setting?

I was raised in the same country the story takes place, but had moved away for college, then for studies in Europe, then for a job in San Francisco. I bought into the frenzy of the city/corporate world when I moved back to the Northwest to work in corporate Human Resources. It wore me out.

I think the setting of the book was a way to return to the quiet, open place of my past. They say your first novel is biographical. When it comes to the setting in Patty, mine certainly is. But returning took me back not only to the quiet beauty and silence of farm country, but to the pain of trying to live in the narrow way required in order to be accepted in a small community. Writing the book brought all that up again. The cultural strictures and confinement were, in the end, what made me leave in the first place.

What did you learn from writing your book?

It really did teach me to write. I remember, long before I could say I was a writer, taking my first writing class and being so naïve as to thrill at my first compound sentence. I was not a talented writer by nature, but I was persistent. It took years to get When Patty Went Away to a place I felt I could show it to anybody.

As an update to the young man who prompted me to write the book; he has worked very hard. He has a family now and has carved out a life of health for himself.

Literary mostly, with a dollop of a good mystery thrown in. I just finished The Greenhouse by Audur Ava Olafssdottir, and have just started The Light Between Oceans by M.L. Stedman

I think my best advice comes from my first writing teacher years ago in a Parks Bureau class. She hammered to us that the real value of a first draft is to give you something to edit. It let me know that I could make mistakes; I could fix them later. And, man, I made a whole tankload of mistakes! Still do.

Being an introvert, I am being dragged into the whole social network scene by my toes. It is amazing to me the amount of joyful noise there is on social media, and am focusing on that aspect rather than the urge to curl with another book and tune it all out. It is, I can see, a wonderful way to connect and I am connecting in ways I never did before. So, I’m Facebooking, and Tweeting, and blogging along with everyone these days.

Do you have any events coming up to promote When Patty Went Away?

I have just started scheduling again, after recent surgery.  Mid April, I will be attending the Oregon Library Conference in Salem. I will also be reading the evening of April 26, at Three Mugs Taproom in Hillsboro. In May and June, my publisher, Muskrat Press, has planned a book tour to Seattle, Boise, Pendleton, Spokane and Walla Walla.

Oh! It’s so scary to actually come out and admit this. I have two more novels in the works. One should be ready to go by the end of the spring, the other probably by the end of summer. They’re both related historical stories which take place at the end of the Nineteenth century into the early Twentieth. They are set around the life and times of a little-known, but incredibly influential American artist named Robert Henri. Down the pike a long way, I have the draft of a light, modern love story on some thumb drive somewhere. I’m antsy to get back to it as well.

THANKS JEANNIE! WHEN PATTY WENT AWAY IS AVAILABLE ON-LINE FROM POWELL'S, AMAZON, ETC., OR ASK YOUR LOCAL BOOKSTORE TO ORDER YOU A COPY.

Posted by Gilion at Rose City Reader at 9:57 AM 0 comments