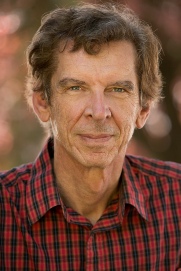 Author Stephen Holgate's debut novel, Tangier, is part modern day mystery, part WWII spy story. He drew on his own memories as a diplomat serving at the American Embassy in Morocco for inspiration.

How did you come to write Tangier?

I had been wanting to write a story set in Morocco, something that would catch its fascination, its rich history – and how people, particularly foreigners, can come adrift there. We lived there for four years while I worked for the embassy. I heard and misheard, remembered and misremembered, many stories.

I was particularly interested in fascinating stories set during WWII, some of which were related to me by a retired OSS agent I met in Tangier. These stories, which often revolved around the fact that Tangier was not controlled by any government during the war, were colorful and intriguing and, I thought, would make a great setting for a longer story about spies and betrayal. The part of the story regarding a man looking for his father, a French diplomat in that era, also interested me. Though it turned out that the story was totally false, I still liked it and used it as one of the two major threads in the story.

How much of your novel is based on true, historical events about Morocco during WWII?

Good question. I'm not sure myself. As I say, at least part of the book is based on a story that turned out not to be true. Maybe some of the other stories I heard were equally inaccurate. But I believe the stories told me by the old OSS agent were essentially true. Part of my “research” was to simply look through our family albums to remind myself how things looked, felt, smelled, tasted. The photos were a big help.

It's funny, I didn't think of myself as writing historical fiction. I wanted to write a story that just happened to be set a few decades ago. That said, I worked hard to get the historical background right, including some details of the wild nature of wartime Tangier, where money-changers worked, which hotels were favorite haunts of the French and Germans, the lack of accurate information, leaving people to wonder how the war was really going. I knew the American Legation Museum pretty well, including its famous “closet,” which hid a secret room where spies helped planned the American landings in North Africa.

A real problem as I began to plan out the book was that I needed some logical reason to have Rene Laurent, our French protagonist, go to Tangier and find himself unable to leave. Then, one day, I read in Churchill's war memoirs how the collaborationist French Vichy government helped some officials sail to Casablanca to set up a government in exile when France surrendered. They should have asked themselves why the Vichy would help them set up a rival government, because they were all arrested shortly after they landed in Casa. Churchill mentioned that some of the officials had come overland, rather than taking the ship. I think I shouted out loud, “That's it!” Laurent is coming overland and gets as far as Tangier when he finds out everyone else has been arrested. He doesn't dare go into French-held Morocco, can't go back to France, and the Spanish, who favored the Nazis, were likely to arrest him if he went there. He was stuck. Perfect.

What is your work background? How did it lead to you writing a historical thriller?

During my foreign service career, I worked for the American Embassy in Morocco for four years. I really enjoyed my time there, traveled the country a lot and met a lot of interesting people. My wife and I liked Tangier a great deal and went there a number of times, often staying at the Legation Museum. Though most of the story takes place in Tangier, I enjoyed setting small parts of it in other favorite places – Fez, Asilah, the Roman ruins at Volubulis. There's nothing like having actually lived there to help get the look and the feel of a place right.

As I say, I didn't really think of myself as writing an historical novel. I don't think I even thought of myself as writing a thriller, per se. I was writing a novel about love and betrayal and redemption, set in Morocco. Life there during the war, amid the world of espionage, lent itself very well to what I wanted to do. It is part mystery, part spy story because that seemed to be the best way to write about the things I wanted to write about.

That I could spell Chefchaouen without looking at a map.

Your book goes back and forth from the present-day story of Christopher Chaffee, dodging career disgrace by searching for the father he thought died in WWI, to the father’s WWII espionage adventures in wartime Tangiers. How did you decide to entwine the two narratives instead of just telling a WWII spy story?

I met a Canadian private detective in Tangier who was delving back into events during WWII to help a family advance a defamation suit. They had been unfairly accused of helping the Nazis in WWII while the family lived in Tangier for a few years. This investigation was the first germ of my story, and I thought I'd write about a detective looking into a similar issue, with perhaps some segment set during the war.

Then I heard a story about an American whose father, a French diplomat, had sent his family to the United States as the war broke out, then made no effort to reunite with them. The story turned out to be untrue, but it was an intriguing about how the past can come to haunt those in the present. I dropped the detective and turned him into a son looking for his father, and turned the falsely accused family into a French diplomat stranded in Tangier. I found both stories compelling and thought that telling them in alternating sections would add an intriguing dimension.

I have so many. Faulkner, Hemingway, Katherine Anne Porter (badly neglected), Charles McCarry (ditto), Ann Patchett, Yasunari Kawabata, Georges Simenon, Graham Greene. I learn from all of them. Simenon and Hemingway are great inspirations in keeping the writing simple -- and Faulkner is there to remind you not to make it too simple. Graham Greene writes so well about moral dilemmas and the hold of exotic lands. Kawabata makes things so spare and so beautiful.

I'm not sure I have a favorite kind of writing. I read about half non-fiction and half fiction. The non-fiction can tell you so much about the “what” of human life. Fiction, which at its best is even truer, can give so much of the “why.”

Right now, I'm re-reading The Hours by Michael Cunningham and a mystery by Simenon. I believe Simenon is the only writer mystery writer to be nominated for the Nobel Prize. His books, mostly very short, offer searing insight into human nature.

For Portlanders, I'll be reading selections from Tangier and signing copies at Mother Foucault's Bookshop in Portland, Thursday, July 20th at 7:00 p.m. For folks at the Oregon beach, I'll be at the Lincoln City Cultural Center Friday, July 28th at 7:00.

Write every day, if you possibly can. Be disciplined. You stay in your groove much better – keep your head in what you're doing – and get a much better sense of progress. It's easy to despair and give up when you feel like the project will take forever.

At least for me, it can give a great sense of satisfaction. I'm doing what I want to do and, when it's going well, I feel that I'm accomplishing a very difficult task well. It's a good feeling.


A second novel, Madagascar, set in the American embassy in that wholly unique island/world, comes out next year. Currently, I'm working on a story set in Oregon, kind of Washington County Gothic.

TANGIER IS AVAILABLE ONLINE OR ASK YOUR LOCAL BOOKSTORE TO ORDER IT!