Zadie Smith won the 2006 Orange Prize for On Beauty, a lengthy novel about art history professor Howard Belsey, his African-American wife Kiki, and their family in the university town of Wellington, Massachusetts. When Howard's arch-nemesis, Monty Kipps, shows up with his family for a year as a guest lecturer at Howard's college, at the same time Howard and Kiki are dealing with his confessed infidelity, all the pieces are in place for a rich campus novel with Aga-saga elements.

But the book doesn't quite deliver, although it is hard to point out exactly why. There are the requisite colorful characters, including the aging, Jong-like poet laureate; the college administer with a salty tongue and fantasies about running the Pentagon; and the younger son's Haitian hip hop band buddies. It isn't rip-roaring funny, but it has some funny lines and amusing set pieces, usually involving the colorful characters. There is plenty of plot, even a little intrigue. And Smith introduces all kinds of conflict – between liberalism and conservativism, religious belief and atheism, town and gown, high art and pop culture, and the intellectual and the emotional.

Still, there is something missing. It could just be that the main characters are not particularly likable. Howard is a total wet blanket – he dislikes everything, including classical music, representational art, religion, his father, and Christmas. Kiki is pretty flat for a heroine. Monty Kipps is arrogant and maybe a little mean.

Or it could be something bigger and more intentional on Smith's part. She seems to have taken to heart the lesson that writers should show and not tell. She shows the story through action and dialog, which is generally a good thing. But she eliminates "telling" so ruthlessly that the reader is left not having any idea what the characters are feeling or what they want. We can see what they do and hear what they say, but without knowing their motives or their goals, we are not fully engaged – we can watch, but we don't know whether to root for them or boo them. We have no emotional attachment to them.

The reason this approach seems intentional is that it so parallels Howard's opinions that it can't be a coincidence. Howard is a Rembrandt scholar who doesn't like Rembrandt. His reasoning is difficult to discern – his students don't understand his convoluted lectures and, at his career-making public speech, Howard is immobilized, without any ability to communicate. What we can gather is that Howard does not like art to tell a story. For example, when lecturing on Rembrandt's famous painting, The Syndics of the Clothmakers' Guild, Howard rejects the common view that Rembrandt depicted a scene where the men in the painting were answering questions from an unseen audience. 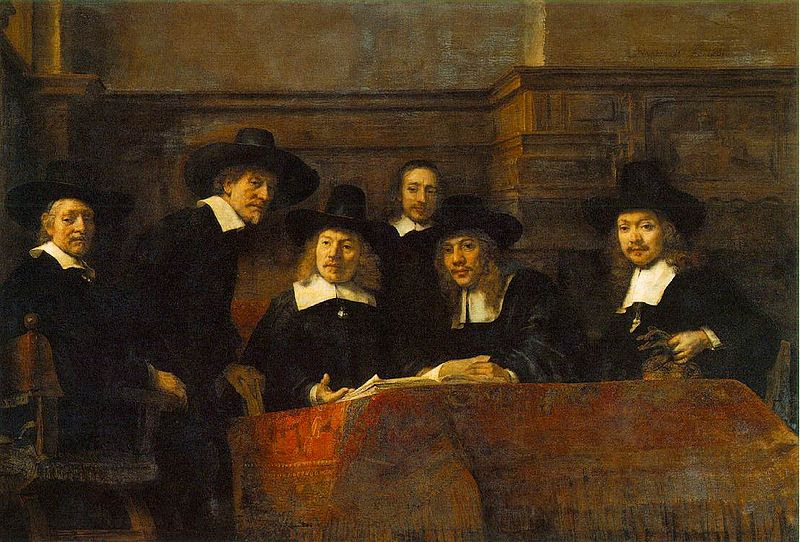 Iconoclastic Howard rejects all these fatuous assumptions. How can we know what goes in beyond the frame of the painting? . . . Nonsense and sentimental tradition!


Smith seems to follow the same approach in her narrative – omitting any hint of what goes on outside the frame of each scene. Given that Howard's nihilistic attitude has crippled his academic career, stunted his relationships with his family members, and ruined his marriage, it is difficult to understand why Smith adapted his views as a storytelling technique.

The book is crammed with bits and pieces that are entertaining, clever, and even tantalizing. But it is missing the emotional substance necessary to rise to the level of great literature.