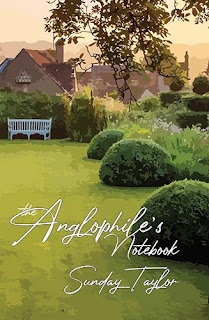 Towards the end of my freshman year of college, I went through a glum patch. It was a combination of homesickness and Tacoma. I made plans to transfer. But instead of choosing a school close to my home in Portland – a logical cure for homesickness – I latched on to the idea that, as an English lit major, I wanted to study English literature in England.

That is how I ended up spending my sophomore year in Oxford, England in a program for international students. I joined the Oxford Union so I could watch the debates and study in the library, went crazy driving a stick shift on the left side of the road, lived in a bedsit with a dotty landlady named Mrs. Mumford, and did, indeed, study English literature in one-on-one tutorials with Oxford dons.

I also spent weeks at a time in London, returning to Oxford on the train only for classes Tuesdays through Thursdays, thanks to a classmate with an aunt and uncle “on safari” for several months. With unimaginable hospitality and trust, they turned over their Hammersmith townhouse to three of us, giving me a chance to explore London’s museums, parks, churches, and Harrod’s. Mostly Harrod’s.

Which is the backstory for why The Anglophile’s Notebook jumped out at me as soon as I saw it. This is the book I would write if I had the talent to write a novel. It’s the story about an English lit lover who impulsively moves to England. I get it! I understand why the protagonist, Claire Easton, would do something a little goofy like head off on an extended work trip to England at the same time her marriage was hitting the rocks. And why, when her marriage falls apart, she decides to stay.

Claire is a 40-year old writer and magazine editor who goes to London on assignment for her travel magazine and with a plan to research a book on her favorite author, Charlotte Brontë. A couple of lucky breaks put her on the trail of a Brontë discovery and a new romance. When Claire’s friend sets her up with a collector of Brontë memorabilia to help him organize his collection, Claire starts traveling between her new boyfriend in London and Phillip’s stately home in Yorkshire, near Hawarth Parsonage, the Brontë family home. Like in the Victorian novels Claire loves, she may find more in Yorkshire than she anticipates.

The story takes place over Claire’s first year in England, during which she goes through a divorce, falls in love, turns her career in an exciting new direction, meets new friends, faces adversity, and starts to put down roots in her new home. This all unfolds against the backdrop of a cozy, literary England of independent bookshops, homey flats, chats in small museums, lunches in Covent Garden cafes, ancient pubs, and charming villages. Don’t come to this book looking for trauma and anguish. The Anglophile’s Notebook is all about the romantic ideal of starting over at 40 and having all the pieces tumble into place.