Review of the Day: A Century of November

In A Century of November, W. D. Wetherell tells the heartbreaking story of Charles Marden's quest to understand his son's death. Marden travels from British Columbia to the scarred, still smoldering battlefield in Belgium where his son died shortly before the November 11, 1918 Armistice that ended World War I.

This is a beautiful book, poetically written. Wetherell creates images with words – snowy train tracks through the mountains, street celebrations that verge on riots, misty moonscapes of battlefields laced with barbed wire – that linger even after the emotional impact of the story begins to fade.

One small drawback is that the book is very short, so some of the scenes seem truncated. As with most quest literature, the hero encounters several people along his journey who help or teach him in some way and then drop out of the story. In a longer book, these episodes can be drawn in more detail, or there are enough of them that a pattern is more apparent. But in a short book, the quick comings and goings of side characters feels a little choppy.

That is a minor criticism for what is otherwise a forceful book. They are making A Century of November into a movie, which could be very good because Wetherell’s evocative images should translate to the screen easily.

Wetherell won the Michigan Literary Fiction Award for A Century in November. The book was published by the impressive University of Michigan Press.

Posted by Gilion at Rose City Reader at 3:02 PM 2 comments 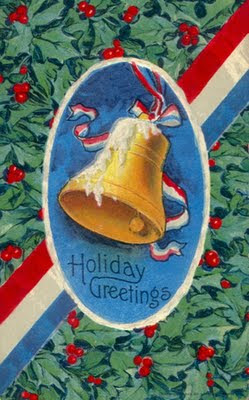