What Are They Reading? Slay Ride by Dick Francis 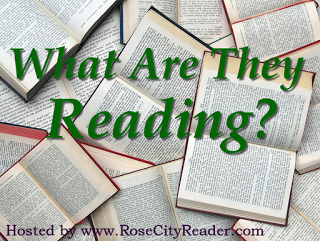 I'm a big Dick Francis fan and am working my way through his 47 mystery novels. His mysteries are known for their horse racing themes, a subject he came to naturally after his own career as a prize-winning jockey. He is the only author to win the Edgar Award three times.

Slay Ride is one of his earlier books, published in 1973. David Cleveland, chief investigator for the British Jockey Club, goes to Norway to investigate the disappearance of an English jockey. While there, the local police detective sets him up with a driver, the officer's brother, described as an author who doesn't make much money so would like the work. The author-turned-driver is quite literary, and while he sits in his car waiting for Cleveland, he reads The Golden Notebook by Doris Lessing.


The choice struck me because, unlike some authors, Dick Francis doesn't do a lot of book name dropping. His characters are usually racing horses, making movies, climbing mountains, or doing other hands-on activities that make for action-filled plots. So having a middle-aged Norwegian man reading Lessing's 1962 feminist classic jumped out at me.