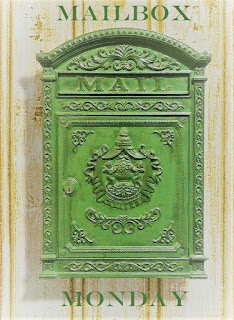 Are you traveling anywhere this summer?

Now that corona restrictions are easing up, I had hoped to make a few trips to visit family. But it looks like those trips are on hold until after a big trial scheduled to take most of September. I don't mind traveling in the fall though, when the weather is cooler and crowds thinner.

So it looks like my summer travel will be of the armchair variety. With these three new books from Pegasus Books, I'll travel back in time as well as out of my Pacific Northwest home.

Cheyenne Summer: The Battle of Beecher Island: A History by Terry Mort. The first stop on my history trip will be eastern Colorado during the Indian Wars of the late 1800s.
Mort's new book (out next week) focusses on one battle, which he describes as not strategically significant but of cultural an historical importance. In 1868, Cheyenne and Sioux warriors fought US Army scouts, including two battalions of Black "Buffalo Soldiers," in the Battle of Beecher Island. Mort uses the battle to write about America's Western frontier and one of the most transformative periods in America's history.

The Florentines: From Dante to Galileo: The Transformation of Western Civilization by Paul Strathern (also out on July 6). Next, I'll travel to Florence, the city that gave birth to the Renaissance.
Strathern offers a masterful history of 400 years of Florentine culture. He explores how the ideas that flourished between the birth of Dante in 1265 and the death of Galileo in 1642 -- ideas expressed in the art and architecture of Florence -- converged as the philosophy of humanism and changed the world.

The Normans: The Conquest of Christendom by Trevor Rowley. This one comes out August 3. I was excited to get an early copy so I can finish my trip backward in time. My last stop is Normandy of the Middle Ages, or more specifically, the early 10th Century to about the middle of the 13th Century.
Trevor Rowley offers a comprehensive history of the Normans in this fascinating little book. The Normans conquered England, Wales, Ireland, and parts of Scotland, and established kingdoms in southern Italy, Sicily, the Holy Land, and North Africa.
MAILBOX MONDAY
What new books came to your house last week? Join other book lovers on Mailbox Monday to share the books that came into your house last week. Visit the Mailbox Monday website to find links to all the participants' posts and read more about Books that Caught our Eye.
Mailbox Monday is hosted by Serena of Savvy Verse & Wit and Martha of Reviews by Martha's Bookshelf. They are looking for another co-host, so if you are interested, contact them for details.