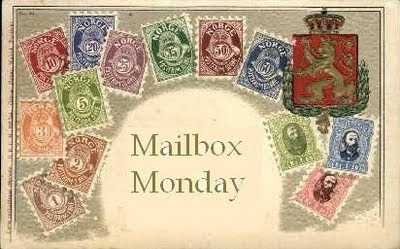 Marcia herself is hosting in November. Seem like old times! Please go by and visit her Mailbox Monday site to see all the people participating and remember to stop by her wonderful blog.

I got a couple of good books last week and something fun:
Portland in Three Centuries: The Place and the People by Carl Abbott, published by OSU Press. It looks like a concise, readable history of Portland, and I love the cool zine cover. 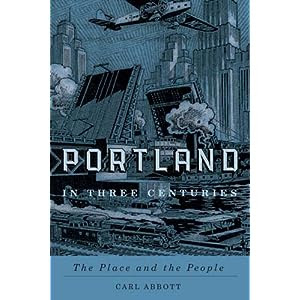 A Simple Machine, Like the Lever by Evan P. Schneider, published by the super nifty Propeller Books.

I also got a fun little bookish thing from The Joy of Ex Foundation that would make a pretty great Christmas present for some ladies I know. Mine is unframed, but still very cute.  It doesn't apply all that well to my book club, because we read the books as well as the wine labels, but I appreciate the sentiment. 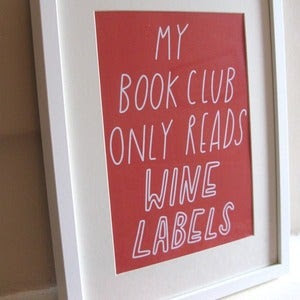 Posted by Gilion at Rose City Reader at 6:38 PM 4 comments

Review: All the King's Men

Robert Penn Warren won the Pulitzer Prize in 1947 for All the King's Men, his fictionalized account of Louisiana's legendary governor Huey Long. In the novel, Long is Willie Stark, an idealistic country lawyer who takes on the political machine in his state and achieves meteoric success, only to be compromised by the same system he railed against.

This book has been on my list of Top 10 favorites since I read it in the mid-1990s, shortly after law school. Robert Penn Warren's combination of beautiful writing, compelling story, and political shenanigans wholly beguiled me.

Now, getting close to 20 years later, I wanted to re-read it to see if it still packed the same punch. It did, but in a quieter way. Either because I am older now or because I was familiar with the story, the political side didn't grab me, but the personal stories of Stark's family and the narrator, Stark's operative Jack Burden, struck me even harder with their heartbreak.

Warren was a poet first and a novelist second. His writing is full of metaphor, long descriptions, philosophical musings, and some long digressions away from the central plot. All these things, if not done right, can ruin a novel for me, fan of a good yarn that I am. But Warren does it right. It is definitely a book you have to settle in to and let it lead, but it is worth the dance if you do.

OTHER REVIEWS
on Vapour Trails

If you would like your review of this book listed here, please leave a comment with a link and I will add it.


NOTES
All the King's Men is listed on the Modern Library's list of Top 100 Novels of the 20th Century and the Time Magazine list of All-TIME best novels.

This counts as one of my Pulitzer Prize choices for the Battle of the Prizes, American Version.  This challenge runs through January 31, 2012, so there is still time to enter -- books read since February 1, 2011 count.

A revised edition of All the King's Men was published a few years back, to little fanfare and a small dustup between Noel Polk, editor of the "restored" edition,  and Joyce Carol Oates.  It is much longer and, inexplicably, Willie Stark is called Willie Talos, which in itself would make it impossible for me to read, Willie Stark being such an icon of American fiction.

Posted by Gilion at Rose City Reader at 10:35 AM 6 comments