Book Beginning: A Farm Dies Once a Year by Arlo Crawford

THANKS FOR JOINING ME ON FRIDAYS FOR BOOK BEGINNING FUN!

Please join me every Friday to share the first sentence (or so) of the book you are reading, along with your initial thoughts about the sentence, impressions of the book, or anything else the opener inspires. Please remember to include the title of the book and the author's name.

EARLY BIRDS & SLOWPOKES: This weekly post goes up Thursday evening for those who like to get their posts up and linked early on. But feel free to add a link all week.

FACEBOOK: Rose City Reader has a Facebook page where I post about new and favorite books, book events, and other bookish tidbits, as well as link to blog posts. I'd love a "Like" on the page! You can go to the page here to Like it. I am happy to Like you back if you have a blog or professional Facebook page, so please leave a comment with a link and I will find you.

TWITTER, ETC: If you are on Twitter, Google+, or other social media, please post using the hash tag #BookBeginnings. I try to follow all Book  Beginnings participants on whatever interweb sites you are on, so please let me know if I have missed any and I will catch up.

When I was thirty-one years old, I went to spend a summer with my mother on the farm in Pennsylvania where I grew up.

--A Farm Dies Once a Year: A Memoir by Arlo Crawford. The visit Crawfod describes in the opening sentence inspired him to write a memoir about life on a family farm. The Kirkus review recommends it for "aspiring organic farmers" but anyone who has ever fantasized about country life or having a farm will love it. But don't expect only bucolic reminiscences -- the story gets a jolt from the past murder of a neighboring farmer.

Posted by Gilion at Rose City Reader at 5:00 PM 5 comments 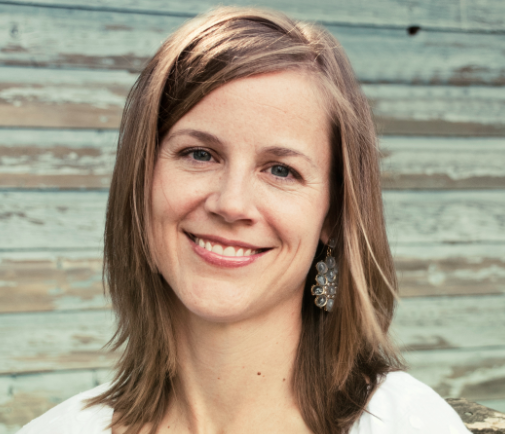 Jessica Null Vealitzek is the author of the soon-to-be-officially-released novel, The Rooms Are Filled, a coming-of-age story set in the Chicago suburbs of the early 1980s. Jessica took time from her writing to answer some questions for Rose City Reader readers.

How did you come to write The Rooms Are Filled?

The book is loosely based on a story my father told me—his own story of moving from a farm in Minnesota to working-class Franklin Park, Illinois, as a boy. He was bullied at his new school, and his teacher—a rumored lesbian—took him under her wing and really helped him adjust. This teacher was made fun of relentlessly by the kids, even after she died, and my father says it is one of his great regrets in life that he never stuck up for her.

Up until this book, I’d only ever written short stories. I needed a story that I could stay with, that I cared about enough to dedicate a whole novel to. For ten years, ever since first hearing the story from my father, it had stayed with me, so I chose it. And I wasn’t wrong; it was an absolute joy to write this novel.

Wolves play a small but vital role in your novel. Do you have a background in animal biology? Or are you an amateur enthusiast?

Amateur enthusiast, and a passionate one. When I was in high school, I had to write some report and I remember scanning the library catalogues for a subject. At the time, wolves were being reintroduced to Yellowstone National Park after being wiped out in the early 1900s, so there were a lot of articles about that. I had no real interest, but it seemed an easy subject with all the current information available.

I’m glad for my laziness in that instance, because I’ve grown to absolutely love what is a fascinating animal. Wolves are a keystone species—meaning they play a huge role in the health of the wild. They positively affect everything from beavers to birch trees. There are many groups that, for reasons I still don’t completely understand, hate wolves—and that’s not an exaggeration. Some groups out west regard wolves not just as a nuisance, but also as some sort of evil animal that needs to be wiped out. There are also many groups who are doing their best to advocate for wolves, and I fully support them whenever and however I can.

My day job is caring for my two children, ages 3 and 6. And, interestingly, they did play a huge role in my writing this book. I’d wanted to write one since I was a child, but I kept putting it off. I even went to grad school for creative writing, but then found jobs writing for others—as a reporter, an exhibit writer, a communications director.

It’s no surprise that children changed me, and I began to realize how finite and fleeting life is. I started to question whether I really would ever write a book and achieve this dream that I’d been carrying along with me for years and years. My children helped me see I needed to get going.

In real life, my father’s teacher was murdered and the townspeople sort of chalked it up to what happens when you live a “deviant” lifestyle. In my first draft, I followed that storyline but it didn’t feel right. You know how sometimes truth is stranger than fiction? That’s what it felt like. So I changed it, though it’s still not all sunshine and roses for her. But I don’t want to give anything away.

When I started writing, my goal was fairly simple: write a book. I didn’t put any time limits on myself or any daily writing requirements. I had two very small children and I wanted to make it as easy as possible. I thought about keeping a writing journal—I’d read and enjoyed one of Steinbeck’s—but the thought of writing even more seemed overwhelming and, frankly, needless. I’m surprised now by how much I wish I had one. I have no idea how often I wrote or how long it really took me to write it (and this is the question I’m asked the most); it’s hard to remember all the storyline decisions along the way. It would be fun to be able to relive it through a journal.

It’s hard to pick a favorite author, because my favorite books are all by different authors, and I rarely read the same author twice, except for Steinbeck. Some of my favorite books are To Kill a Mockingbird, The Things They Carried, The Grapes of Wrath, and the Anne of Green Gables children’s books.

Dear Life by Alice Munro and For Whom the Bell Tolls by Hemingway.

My tastes have changed over the years. I used to like longer, drawn-out storytelling. I loved Steinbeck, and I actually don’t want to read him right now because I don’t want to ruin my love for him! Because now I’m more drawn to stark, spare writing and quieter, simpler stories, like those of Denis Johnson, Jim Harrison, and Alice Munro. I hated Hemingway in high school, but I just read The Old Man and the Sea and it jumped to my all-time favorites list.

You have a terrific website, blog, and facebook page. From an author's perspective, how important are social networking sites and other internet resources to promote your book?

I think online resources are important, especially for unestablished authors, but you have to look at all the options and take only what you’re comfortable with, otherwise you won’t do it well. The blog I created made sense for me, because I love writing about the everyday stories of everyday people. And people have told me they’ve bought my book because they already loved my blog writing. But it only works, I think, if you really love doing it. I don’t love Twitter, so I’m rarely on there.

I do, thank you. I have an online Google Hangout scheduled for publication day, April 22. I’ll be in Minneapolis May 2, Denver May 12, Michigan May 21, and Milwaukee May 28. The details are on my web site.

Being able to spend time doing what I love, hands down.

I am, though it’s hard to concentrate in the middle of a book launch. But I have a general outline and several pages on the story of an 18-year-old runaway pregnant girl. I write when I can, when I feel like it. That’s good enough for me right now.

THANKS JESSICA! THE ROOMS ARE FILLED WILL BE PUBLISHED BY SHE WRITES PRESS ON APRIL 22, 2014. FIND IT ONGOODREADS. PREORDER THROUGH INDIEBOUND, OR ON AMAZON OR BARNES & NOBLE.