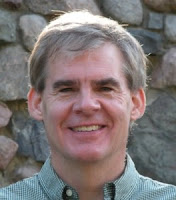 Patrick M. Garry is a law professor and author of eight novels as well as many nonfiction books, both for academic and general audiences.

His novel, In the Shadow of War, is the story of a teenager recovering from the death of his brother, and a small community dealing with the Vietnam War.

Patrick recently talked with Rose City Reader about his book and his writing:

How did you come to write In the Shadow of War?

I wanted to write a novel about hope, and about how hope can finally arise even when the person seems completely resistant and antagonistic to it.

The story takes place in 1970, in an almost-ghost town in western Minnesota. What drew you to this setting for your novel?

I grew up in a small town not far from where my immigrant ancestors first settled in America. They settled in a little spot on the prairie not unlike Corcoran in the novel. I grew up hearing stories of all the events and lives that took place in that little village, long before it became, like Corcoran, a place of empty streets and abandoned houses. But my own grandfather never lost hope that his beloved boyhood home would one day revive.

I’m a lawyer and law professor, so I’m quite accustomed to writing. And back during my college and law school days, I worked as a reporter – a job that really taught me how to write. I’ve loved writing fiction since my student days in the English department. And once I worked up the courage and determination to actually start my first novel, I haven’t stopped writing.

You are known for your writing on law, politics, and culture. What is it like to switch to fiction?

Fiction is a lot more difficult. It requires constant focus and creativity. With nonfiction, you can coast along on a well-constructed outline even when you’re going through low-energy phases.

What surprised me was how I came to love the characters. Somewhere along the line, they moved from my mind to my heart.

The ending was unexpected. I wanted to write a book about hope, but I didn’t want it to be an unrealistic portrayal of everyone getting exactly what they wanted and living happily ever after. As the book neared its end, I realized that it just had to have a tragic ending. Something about how the characters had interacted seemed to point the novel to the ending as it now stands. But I also think that the tragic ending, in the very end, shows just how powerful and lasting hope can be.

You’ve written many books, fiction and nonfiction. Do you have a favorite?

My nonfiction books have larger audiences and probably more of a lasting impact, but I personally love the novels the best. And of all my novels, this one is my favorite, because of the relation it has to my own family history.

Who are your favorite authors? Is your own writing influenced by the authors you read?

Some of my favorite authors include William Kennedy, Marilynne Robinson, Kent Haruf, John Irving, Alice McDermott, Richard Russo, and Eudora Welty. When I read a writer I really love, I try to learn from that author. I try to incorporate aspects of that writer’s style. But in the end, I find that no matter how much I may want to replicate another author’s style, the more I’m just stuck with my own.

I’m reading several novels by Graham Greene. I like the way he weaves religious faith into his novels.

Don’t be afraid of finishing a book and putting it out there for the world to see. If you’re waiting for perfect, your wait will never end.

Do you have any upcoming author events?

I’m taking the summer off to stay with my elderly father.

I’m working on a novel about a disgraced lawyer who finally gets his big case.

IN THE SHADOW OF WAR IS AVAILABLE ONLINE, OR ASK YOUR LOCAL BOOKSELLER TO ORDER IT.