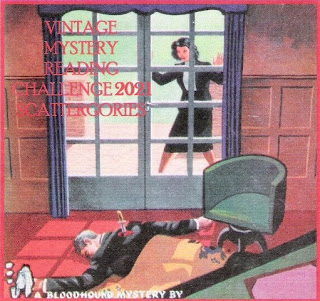 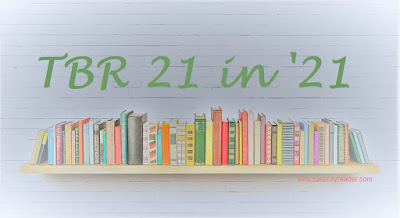 The idea is very simple -- read 21 books you owned before January 1, 2021 and read them before December 31, 2021. You do not have to review them. Crossover with other challenges is OK and encouraged, even other TBR and backlist challenges.
You don't have to have a blog to play along. If you want to participate on goodreads, Instagram, Facebook, or some other social media, please do. You should be able to link social media posts using the same Mr. Linky. If it gets tricky, ask me. I think your social media profiles have to be public to work. You can also participate simply be leaving comments here on Rose City Reader if you prefer.

You do not have to pick your books ahead of time, you can choose as you go. I picked mine now because playing with my books is one of my favorite things. I have this basket next to my bed so I can look forward to my next read. 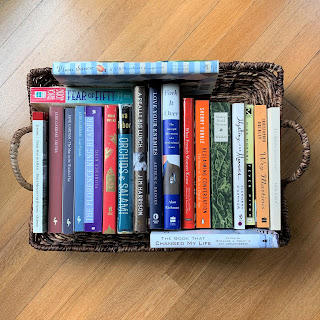 Yes, if you look carefully, you will see there are only 20 books in the basket. That's because the 21st book was already on my bedside table when I took the picture and I forgot it!
The complete list of rules is on the main challenge page. This is supposed to be fun, so please don't get too bothered by any of the rules. If you have questions, ask me.
Please join me and happy reading!