Opening Sentence of the Day: Delights and Prejudices

When Proust recollected the precise taste sensation of the little scalloped madeleine cakes served at tea by his aunt, it led him into his monumental remembrance of things past.

-- Delights and Prejudices by James Beard.

Proust's madeleine is such a cliche now that I was a little disappointed with this opening sentence.  But maybe back in 1964 when Beard wrote this memoir, the Proust reference was fresher.

My disappointment disappeared in an instant because by the second sentence, Beard is deep into his own food history and the book is a real delight from then on.  He bounces around from his childhood in Portland to Les Halles in Paris and beyond.

I love it! Particularly the parts about Portland's rich culinary history.

His chapter on his family's holiday traditions, which I just read this morning, is wonderful.  He describes many delights, including his mother making fruitcakes a year in advance and a ginger shortbread recipe (see below) that sounds amazing, but he also had a lot of holiday prejudices, like thinking cranberries were an "abomination," homemade candy "really unsavory," and Christmas cookies only good if you make them yourself and eat them right away, exhorting well-wishers:


But have pity on us, all you bakers -- the spirit of Christmas notwithstanding -- and deliver us from cookies that have crumbled or gone stale.


Ginger Cakes
Mix 2 cups sifted flour, 1 firmly packed cup brown sugar, 1 tablespoon ginger and 1 teaspoon soda thoroughly, and then combine them with 1 cup butter until the ingredients are well blended and crumbly.  In 6- to 8- inch layer cake pans, put 1/2-inch thickness of the mixture and bake in a 325[degree] oven for 45 minutes to 1 hour.  Cut the ginger cake into finger-shaped pieces while it is still warm.  Remove the pieces carefully with a spatula and store them in covered tins.

This is my sixth and final book for the 2011 Foodie's Reading Challenge.  I can't wait to sign up again for the 2012 version.

Posted by Gilion at Rose City Reader at 9:27 AM 2 comments 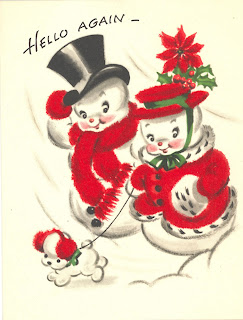