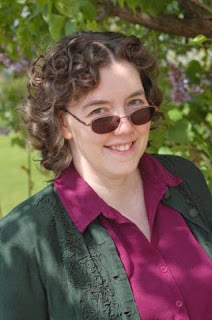 Morgan talked with Rose City Reader about her new series, mystery writing, and her love of the Oregon Coast that inspired the setting of her Moorehaven Mysteries.


You recently released the first book in your Moorehaven Mysteries Series, Smugglers & Scones. How did you get the idea for such a fun series?

Moorehaven Mysteries is a collection of several different ideas and notions. I grew up visiting the Oregon Coast as a child, so the location holds a natural and enduring appeal for me. I’ve always been intensely curious, so mysteries in general are something I see as challenges to be overcome, puzzles to be solved. I’ve always enjoyed baking more than cooking, because that’s where all the desserts come from. And a passing comment I made in a elevator full of mystery writers at a Left Coast Crime convention left me wondering: what would happen if a group of mystery authors found themselves solving an actual crime together? All that, combined with my love of history and my desire to be as practical a person as Pippa Winterbourne, has coalesced into the Moorehaven Mysteries series.

What is your family background? How did it lead you to writing novels?

My grandparents were all teachers and educators, from music to foreign languages, with some medical skills, carpentry wizardry, and jack-of-all-trades practicality thrown in. I was raised by parents who low-key stood in awe of their own parents and encouraged my brother and me to learn everything we could about everything we discovered. My most prized possession as a child was my library card, and I was an English Literature major in college. Language is a fascinating construct to me—there’s a practicality in clarity but an art to communication. What we say conveys as much about us as it says about our subject matter. Language isn’t a puzzle, it’s an endless game that I will never tire of amusing myself with.

I started off writing poetry. My mother keeps a crayon poem I scrawled at the age of four. My teenage years saw a shift to longer works, and by college, I was writing a terribly planned behemoth of a fantasy story that topped out at just shy of half a million words. It will never see the light of day—you’re welcome. A couple of long, rambling novels later, I realized I needed to outline for the sake of my sanity, and I’ve done pretty well with that plan ever since. A little organization goes a long way when corralling my art into recognizable form.

How did you ever come up with the idea of an amateur sleuth who runs a bed and breakfast for writers of crime novels? I get the innkeeper part, but the theme of the inn is very quirky.

I like the concept behind the B&B-themed cozy mystery setting, but I needed to make my own mark with it. I’d just been back east and seen a few historical sites—Benjamin Franklin sat in this pew for church, here stands Betsy Ross’s house, that sort of thing—and I thought a historic destination might be a good idea. If I combined that with the elevator idea I had at Left Coast Crime and aimed the destination at mystery writers, then every character who stayed there would be willing and able to contribute to my crime-solving escapades. And, let’s be honest, I’d sign up to stay at Moorehaven in a heartbeat, so there is a tiny piece of this plan that’s pure wish fulfillment.

What do you admire most about your heroine, Pippa Winterbourne? What is her least endearing trait?

I wrote Pippa specifically to be more practical than I am. I figured that if I spent hundreds of hours thinking about her and how she would handle things, it might rub off. And it’s working, though slowly. My super slow master plan, haha!

As for her least endearing trait, I might say it’s her neutrality, which she has cultivated so she never overtly favors one guest’s books or writing style over another’s. I’m very neutral myself, and it helps me see all sides more objectively, but sometimes it’s necessary in real life to take a side, and quickly. Pippa could miss some clues by dismissing them as unimportant if she’s trying to see the big picture instead of paying attention to all the little pictures.

Why did you decide to set your series in the small town of Seacrest and is it based on a real town?

I love the feel of a tiny seaside town. When I was young, my family would trundle up and down the Oregon Coast on summer weekends, and I feel very at home in their beach-oriented streets, breathing that thick salt air and feeling that gray-gold sand rub between my toes. Seacrest’s layout and location is loosely based on that of Yachats, Oregon, though I have taken so many liberties that Yachats locals might not recognize it. There are aspects of several small towns in Seacrest, because I wanted to give it a more accessible feel.

Do you know right away, or have an idea, how you are going to end your books? Or does the ending come to you as you are in the process of writing?

I know whodunit, and I know how they’re going to get caught. But most of the time, the tying up of all the loose ends is a surprise, and I just go with whatever idea feels most natural once I reach the final climax of the plot.

What did you learn from writing Smugglers & Scones – either about the subject of the book or the writing process – that most surprised you?

Well, it was a bit of an unpleasant surprise when someone reached through my photographer’s car window and stole my brand new left-handed notebook on day one of my research trip! Luckily, as I said, it was brand new and didn’t contain any notes yet. Handy tip, guys: don’t steal stuff from murder mystery writers. We might happily add you to our next book!

Absolutely. I regularly had stacks of library books to read—mostly mysteries—and my parents had endless bookshelves of their own.

I always have a hard time with this question. All writing teaches me something, whether about the work or about the author and the world they inhabit. I do have one favorite book, written by Lois McMaster Bujold, and I admire Agatha Christie no end. In the spirit of Anne Shirley, I feel that Dame Christie is a kindred spirit, in that we have both surrounded ourselves with multiple notebooks for those inevitable moments when inspiration deigns to drop us a clue.

I will read or reread anything Agatha Christie has written. I feel like there’s some mystery to her writing style—or the mentality behind it—that I have yet to uncover. I still need more research.

A time travel novel my husband picked up at the library. I love time travel stories most out of all the science fiction genre, because they often lead straight to historical fiction.

The practical little things that aren’t about writing but about getting one’s work noticed by readers. No one knows these secrets except other writers, which is why a network of colleagues and friends is so essential to success. I’ve learned so much from my fellow writers. I wouldn’t even be published if not for friendly conversations with them.

I'm working on book three in the Moorehaven series right now, and two of my beta readers told me just last night that they stayed up way too late to finish the manuscript I sent them because they were so enthralled with the story. In that moment, everything I’d done to create this book—research trips, endless hours of writing alone, scribbling ideas down at three in the morning, struggling with the endless puzzle pieces of my plot—all felt entirely worth the effort. My creative project had given people happiness and entertainment. I can’t ask for more than that—to touch the world and make it just a little bit better.

Writers work in isolation for 90% of their process, but that last 10% is like stepping out of a cave into the brilliant sunlight, after having spent ages doing backbreaking cave art, and having the whole village cheer and throw you a feast. The love and regard of others is a boon to our souls, but it is not why we create. We create because we must. The feasts are really, really nice, though.

Unfortunately, I don’t have a typical day. My kids are out of school for the summer, and my household is a lumbering creature who cannot decide if it is nocturnal or not. Some days I get my hours in early in the morning, sometimes just after lunch, and sometimes not until the kids have gone to bed. Some days I get several hours in, and others, nada. It’s times like these when I fondly wish for an isolated cabin in the hills with no internet or reception.

Do you have any events coming up to promote Smugglers & Scones?

My publisher is having a big $0.99 sale on the Kindle edition from July 9 – 13 to celebrate the release of the sequel, Burglars & Blintzes, which comes out on July 10th.

I am! I’m giving the third book some polishing before I submit it, and I’m beginning the first plot sketches for the fourth book. I’ll need another research trip to the Oregon Coast for that one—and I’ll make sure we roll up all the car windows this time.

SMUGGLERS & SCONES AND BURGLARS & BLINTZES ARE AVAILABLE ONLINE OR ASK YOUR LOCAL BOOKSELLER TO ORDER THEM!