Opening Sentences of the Day: The Thunder Tree and To the Woods

A green ravine creases northeast Seattle, draining into Lake Union near the University of Washington.

-- The Thunder Tree: Lessons From an Urban Wildland by Robert Michael Pyle, published by OSU Press.


From Library Journal:
"The Thunder Tree" was a huge, hollow old cottonwood in which the author and his brother once found shelter as children from a life-threatening hailstorm. The tree grew along the High Line Canal, built in the late 19th century as part of a grand plan to bring river water to the Western plains for irrigation. Only a portion of the canal was ever built, but that portion happened to run through the city of Aurora, Colorado, where the author lived as a child and young adult. This book is a collection of essays about the High Line Canal and the butterflies, magpies, cottonwoods, and other living things that existed nearby. Pyle's recollections about growing up in Aurora with his family and friends in the 1950s add a personal dimension. In a broader sense, this book is about the relationship between people and natural areas and how each affects the other. Pyle, who has a Ph.D. in ecology from Yale, is the author of Wintergreen as well as several guides to butterflies. - William H. Wiese, Iowa State Univ. Lib., Ames 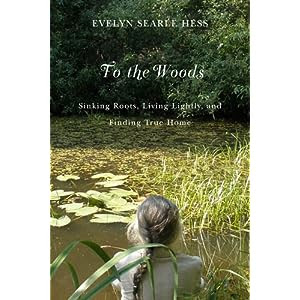 In our mid-fifties, my husband and I left the toys and noise of urban society for the company of jumping mice, winter wrens, and dark nights full of stars and cricket song.

-- from the author's Preface to To the Woods: Sinking Roots, Living Lightly, and Finding True Home by Evelyn Searle Hess, also published by OSU Press.


I stumble groggily to the propane heater, match box in hand, twist open the tank valves, and depress the red button to the count of thirty.

-- from the opening chapter.


Publisher's Description:
To the Woods is a tale of adventure, inspiration, and living life in concert with nature. It is the true story of Evelyn Searle Hess, who, in her late fifties, walked away from the world of modern conveniences to build a new life with her husband on twenty acres of wild land in the foothills of Oregon’s coast range mountains. To the Woods describes Evelyn’s day-to-day struggles, failures, and discoveries. It tracks the natural history of place through the seasons. It wrestles with issues like human impact on the ecology of our planet. 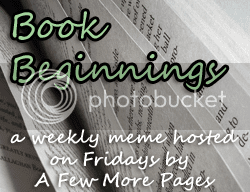 A Few More Pages hosts Book Beginnings every Friday.  The event is open for the entire week.

Posted by Gilion at Rose City Reader at 6:00 AM 5 comments