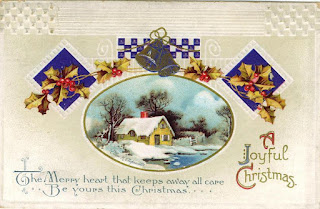 Within the Circus itself, as Craw had correctly called the seat of British intelligence, reactions to Craw's [newspaper] piece varied according to how much was known by those who were doing the reacting. In Housekeeping Section, for instance, which was responsible for such tatters of cover as the Circus could gather to itself these days, the old boy released a wave of pent-up fury that can only be understood by those who have tasted the atmosphere of a secret department under heavy siege.

-- The Honourable Schoolboy by John Le Carr.  This is the sequel to Tinker, Tailor, Soldier, Spy (which I reviewed here) and I am enjoying it about ten times more than the first one.  For one thing, the story is just better -- the plot to atmosphere ratio leans far heavier to the plot side.  For another, the atmosphere is rendered perfectly in the audio version.  The reader's tone and cadence expresses the perfect amount of world-weary cynicism.