Review of the Day: Incidents in the Rue Laugier 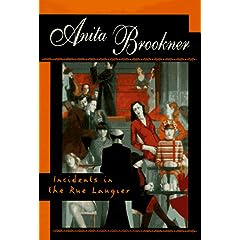 The story of Maud Gonthier’s marriage to Edward Harrison is not a happy one. Looking back on their years together, their daughter – the self-described “unreliable narrator” of the book – creates a story to explain the sighs, attitudes, and distance she perceived between her parents.

Incidents in the Rue Laugier involves family conflicts and class differences, a doomed love affair, and a marriage that ultimately was, in its own crabbed way, successful. But Anita Brookner presents more than an interesting story – she examines the nature of marriage and the struggle to build a joint life using limited individual resources. As Maud described her marriage:


There was a slight additional loneliness in her increasing isolation from everyone but her husband, but her own calm good sense was there to remind her that she was not at home, that she had never expected to be at home, and that those who did not rely on their inner resources, as she had been obliged to do, were forever condemned to weep in other women’s drawing rooms . . . .


Like Maud’s life, this is a quiet book worthy of reflection.