Jon Meacham packs a lot into his Pulitzer Prize-winning biography American Lion: Andrew Jackson in the White House. Focusing on Jackson's time in the White House, Meacham rushes through Jackson's childhood and early years, including the 1814 Battle of New Orleans that ended the War of 1812 against the British and propelled Jackson to national fame.

But he takes his time with Jackson's years as America's seventh President, describing in readable but thorough detail the major issues and controversies of Jackson's two terms in office. Key among these were the "nullification" issue that threatened to destroy the Union and Jackson's campaign against the Bank of America. Meacham does a good job of explaining not just what happened, but the significance of the debates.

Meacham also puts Jackson and his battles into personal and national context by examining the political and philosophical condition of the adolescent United States as well as how personal feelings, events, and tragedy affected Jackson's judgment.

Jackson had deep flaws, especially viewed from the current perspective. Chief among his flaws was his lifelong support of slavery, despite his lifelong commitment to freedom and liberty. Meacham analyzes Jackson's contradictions and presents a complete portrait of this fascinating man.

Bob Sanchez's review on The Internet Review of Books
(If you would like your review listed here, please leave a comment with a link and I will add it.)

This book is on my LibraryThing Early Reviewer list, leaving me with only three left to read.  It was also my "white" choice for the Colorful Reading Challenge. I only have my "blue" choice left to finish by the end of the year and I will complete that challenge.

Posted by Gilion at Rose City Reader at 7:30 AM 6 comments 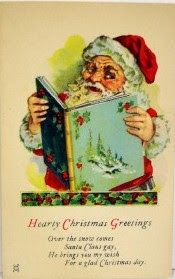 Posted by Gilion at Rose City Reader at 7:00 AM 4 comments