State of the Blog: Part Three, the Challenges 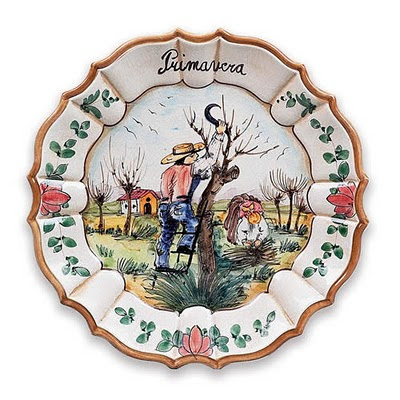 Spring has sprung -- not that it feels like it today -- and it is time for me to see if I've made any progress on my lists.

This is the third of my quarterly blog assessment posts.  This one takes a look at the challenges I'm working on in 2011. The first part addressed my lists. Part Two dealt with my author lists.

NOTE: If you are working on any of these same challenges, please leave a comment here on on my main challenge post. I would like to read your main challenge pages and any reviews.

2010 Battle of the Prizes: American Version

I've finished three of my four books in 2010:
I finished my fourth, and favorite book in 2011: Lord of Misrule by Jaimy Gordon (reviewed here) (National).

2010 Battle of the Prizes: British Version

Man Booker Prize v. James Tait Black Memorial Prize, rules here.  This has the same set up -- either read one winner of each prize and a double-dipper, or read two of each.
I read two of my three in 2010:
I read my third book, my double dipper, in 2011: G by John Berger (reviewed here).
Daphne du Maurier Challenge 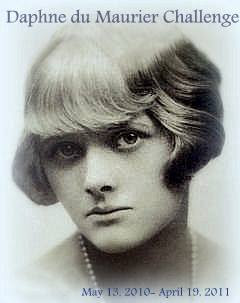 This Challenge is hosted by Chris at book-a-rama and goes through April 19, 2011.

I signing up for the "Dreaming of Manderley" category, to read three novels. Since I am still new to du Maurier, I'll am starting with the greatest hits.

Books I plan to read, although I don't know it I can get the third one done by the deadline:

2011 CHALLENGES
CHALLENGES HOSTED BY ROSE CITY READER
I am hosting the two Battle of the Prizes Challenges again in 2011. The challenges run from February 1, 2011 to January 31, 2012.


2011 Battle of the Prizes: American Version

Like in past years, this challenge pits National Book Award winners against Pulitzer Prize winners. There are two ways to participate -- either read one book that won the Pulitzer Prize, one that won the National Book Award, and one that won both; or read two Pulizer winners and two National winners.
I don't know yet whether I will do the 3-book or the 4-book option, or which books I'll pick, but I have the following in mind, only one of which I have read so far: Breathing Lessons by Anne Tyler  (reviewed here).
Possible National Award winners:
Other Possible Pulitzer winners:

Just as in 2010, this challenge is to read books that won the Man Booker Prize and the James Tait Black Memorial Prize.  This has the same set up -- either read one winner of each prize and a double-dipper, or read two of each.
I will have to go with the 4-book option, because I've read all three of the double-dippers. So far, I've read Wolf Hall by Hilary Mantel (reviewed here).

Other possible Booker picks are:

I signed up at the "Bon Vivant" level to read four to six books.  My plan is to read books that are already on my TBR shelves.

So far, I've read The Food of France by Waverley Root (reviewed here).

Others in the running include (in no particular order):
And it might be a good idea to include this one: 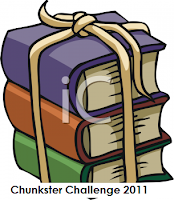 Wendy at caribousmom is hosting this fun challenge again this year.  The challenge sign-up post is here.

I overlapped with the Foodie challenge because The Food of France by Waverley Root (reviewed here), is quite the Chunkster.

The only other book I am currently planning on is Anna Karenina by Leo Tolstoy.  That's my "big book" for 2011.  I don't know which others will strike my fancy.

The Vintage Mystery Reading Challenge is hosted by My Reader's Block.  The goal is to read mysteries written before 1960.  I signed up at the "In a Murderous Mood" level with the goal of reading four to six books, by at least two different authors, by the end of the year.
So far, I have read three, but haven't reviewed any of them yet:
Next up is Clouds of Witness by Dorothy L. Sayers.

Posted by Gilion at Rose City Reader at 11:01 AM 2 comments

Labels: challenge , State of the Blog