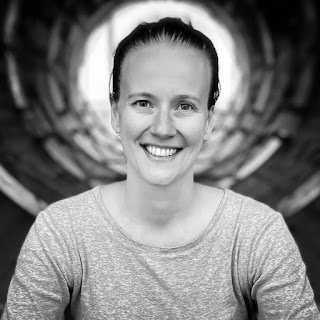 Author Arlana Crane lives in Calgary, Canada but her earlier years on Vancouver Island in British Columbia inspire her fiction. Mordecai's Ashes is the first book in her Larsson Investigation series, set in Victoria, B.C. 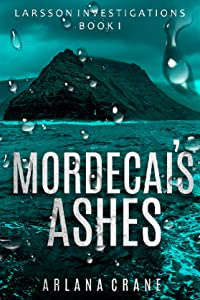 The idea of a younger man inheriting a detective agency and trying to be a detective with no formal training came to me years ago, and I started a story along those lines, only to get very stuck over the central case in the plot. When I revisited the idea a couple years ago, I decided to make the main character more like someone I might know and suddenly it all came to life again. The idea for the main crime at the middle of the story was actually my younger brother’s, as it happens.

What part does the Vancouver Island setting play in your story?

It’s a major point in the plot, the fact that it’s an island and that so much of it is very sparsely inhabited lent itself nicely to a drug running concept, and it provided a nice, atmospheric background for the story as well.

Mordecai's Ashes is described as Book 1 of the Larsson Investigations series. Will we see Karl Larsson and his sidekick Kelsey again?

Oh yes, I’m working on the sequel now, and hope to have it out by the end of the year.

What did you learn from writing this mystery – either about the subject of the book or the writing process – that most surprised you?

I think just how difficult it can be to get a story out of your head and onto paper. I think the most apt analogy for the drafting process was the idea that it felt like a cat trying to hack up a hairball. Annoying, massively uncomfortable, but so satisfying when you actually manage to do it.

I did have the twist ending in mind before I had even decided on the central theme of the book, but I originally ended the main "case" of the book much earlier than in the published version, only I wasn’t satisfied with the way it felt. I was complaining to my brother that I would never be able to write a really exciting novel, like some of the authors we both enjoy, and he said that all I needed to do was “add more explosions” to my story, which is exactly what I ended up doing!

What is your work background and how did you transition to writing fiction?

I’ve worked in administrative office jobs for most of my adult life, which I have to admit, aren’t the most conducive to create pursuits, but they do provide a certain amount of "daydream time" in the course of average work day, and writing in my spare time has become my way of keeping myself from losing my mind in the day to day grind.

That’s a hard one. I grew up loving all the "Queen’s of Crime" -- Christie, Sayers, and the like. I’ve always been a big fan of Jane Austen and I love most of J.K. Rawling’s work. But I think my writing is probably most influenced by authors like Raymond Chandler and Dashiell Hammett. I love the way they handle the English language. If there were any author I wish I could emulate it’d be one of those two.

I’m currently in the middle of both The Queen’s Thief series by Megan Whalen Turner, and the Discovery of Witches series by Deborah Harkness. Don’t ask my how I managed to start two series at the same time, it just happens. I have no control over it.

A website seems to be a must for any author and I enjoyed the process of putting mine, Arlana Writes, together as an opportunity to get some of my short fiction out into the world, as well as touting my novel.

As for social media, I’ve found it very useful, not only for reaching potential readers, but also for connecting with other writers and just having that chance to share ideas and encourage each other. Twitter is really great for that. My Twitter handle is ArlanaCrane. I highly recommend following the #WritingCommunity hashtag to any new authors on that platform. My Facebook and Instagram accounts, @ArlanaCraneCrimeWriter and @Arlanawrites respectively, are more about letting anyone who is interested see a more personal side of me.

Sadly, events are difficult at the moment, however Mordecai’s Ashes is up for the Crime Writer’s of Canada award for first time crime writers, which is pretty exciting!

My big focus at the moment is getting book two in the Larsson Investigations series written. It’s a bit of a quirky plot, but I think readers who enjoyed book one should find book two just as much fun.
THANK YOU, ARLANA!
MORDECAI'S ASHES IS AVAILABLE ONLINE.