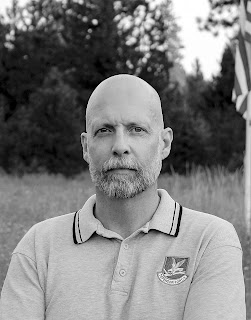 Andy Brown was serving in the Air Force as a law enforcement specialist when, in 1994, he responded to an active-shooter incident in progress at the base hospital where he was stationed. Four days later a B-52 bomber crashed during an air-show practice flight. Both tragedies had been predicted and warned about.

Brown's book, Warnings Unheeded, is part of his ongoing effort to share the lessons learned from the Fairchild Air Force Base tragedies and his experience with the effects of trauma. 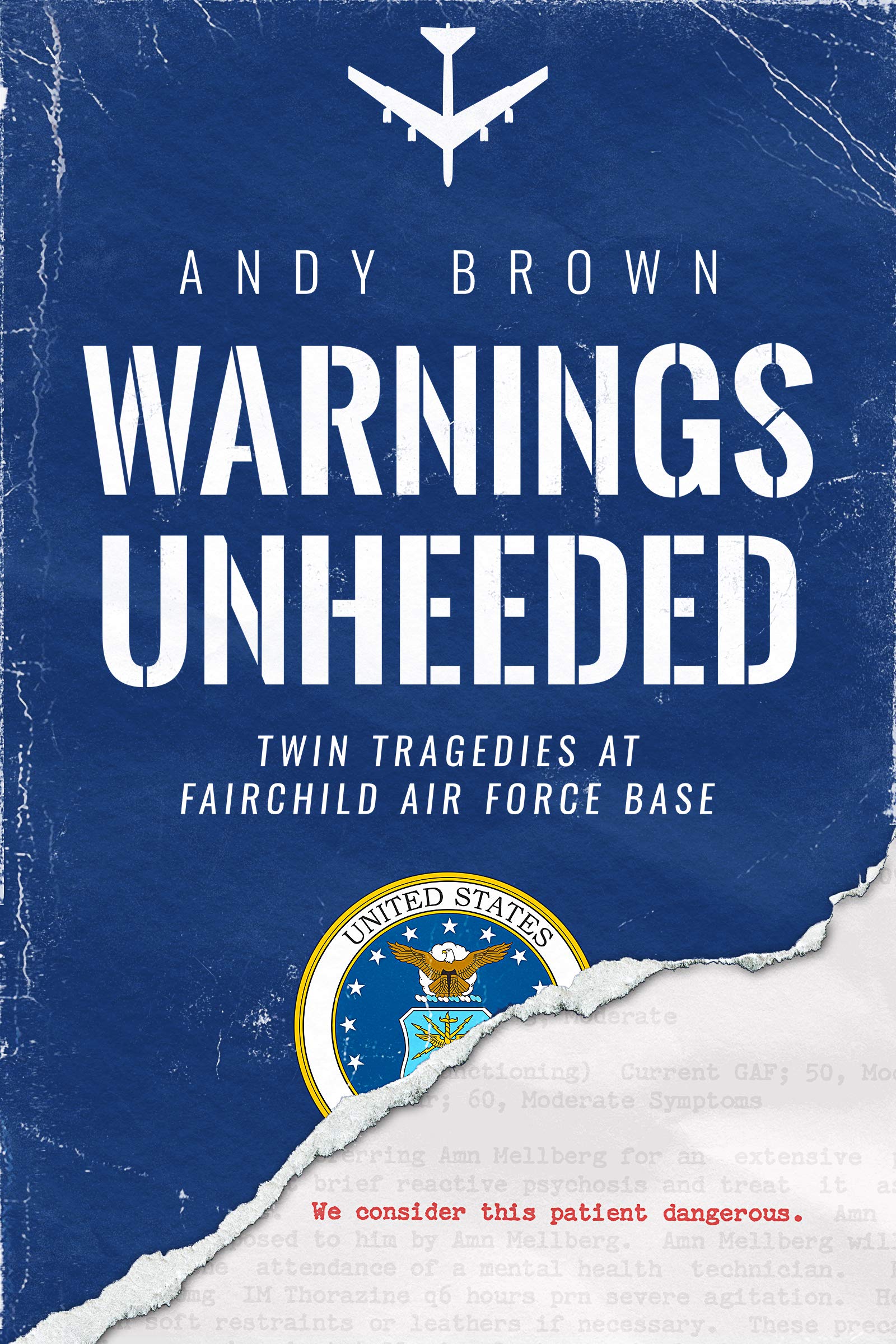 Andy recently talked with Rose City Reader about his book and his experience at Fairchild:

Please tell us a little about the two events at Fairchild Air Force Base in June 1994 that are the subject of your book.

Warnings Unheeded tells the story of two separate tragedies that occurred during one week at Fairchild Air Force Base. A former airman who had been discharged from the military for mental health problems returned to the base hospital and sought revenge with a rifle. The gunman shot two doctors who he blamed for ending his career and then moved through the hospital campus indiscriminately firing upon the patrons and staff. The airman had shown signs of severe mental illness throughout his two-year career. His bizarre behavior scared his co-workers. He had threatened to harm his roommates and expressed a desire to kill his former schoolmates. A variety of doctors had diagnosed him with paranoia, schizophrenia and anti-social personality disorder. Some believed he may have been hearing voices. Doctors had repeatedly recommended his discharge from the military and placement into civilian mental health care. Their recommendations had been repeatedly ignored.

Four days after the shooting, a rogue pilot crashed a B-52 bomber during an air-show practice flight, killing the four crew members onboard. The B-52 was the size of a commercial airliner, but the pilot flew the huge plane like it was a single-engine jet fighter. His aggressive aerobatics were reckless. Multiple aviators feared for their lives and refused to fly with dangerous pilot. They predicted disaster and had attempted to get leadership to ground the reckless pilot, but their pleas had been ignored.

You had a personal role in the events at Fairchild. Did your experience compel you to write your book?

Yes, it did. I was a Security Policeman at Fairchild and responded to the hospital where I confronted and shot the gunman. I ended his killing spree, but not before he had shot several people. Over the years, I experienced a lot of guilt over the number of people who had been seriously injured and killed. I wanted to know why the tragedy occurred. I also needed to know if I could have done anything differently, if I could have saved more lives. The more I learned the more I realized that others could benefit from the information. If we can learn from these tragedies we could prevent similar incidents from occurring.

How did you research the details of the events found in your book? Did you have primary sources? People to interview? Other materials?

I started by obtaining the reports of investigation and witness statements from the Air Force. Later, I was fortunate to connect with some of the journalists who covered the stories. They provided me with copies of the gunman’s medical records, journal entries and other various documents. Newspaper articles and news footage were also helpful, but I verified all of the information that went into the book by re-interviewing the source whenever possible. Whenever a person’s name was mentioned in the research material, I tracked them down via the internet and interviewed them. After the interview, I always asked the witness if they knew of anyone else I should talk to, and that usually led to another interview. It became quite a rabbit hole, and I eventually had to force myself to stop researching in order to focus on writing. I didn’t start seriously researching and writing until 2009. It took seven years of writing and re-writing before I felt the manuscript was worthy of publishing.

The book is popular with true-crime fans, veterans, people with an interest in psychology, history, law enforcement, military, or aviation.

The writing is clear and concise. Any use of jargon is clearly explained. I wanted the book to be accessible to anyone, because I believe that anyone could benefit from these stories. When you see all of the warnings signs and missed opportunities, you will be better prepared to recognize a similar tragedy in the making.

Regarding the incidents; I was surprised by the number of red flags and missed opportunities to prevent the tragedies. It was amazing how many people had predicted violence or disaster and tried to do something about it. It was also amazing how often their concerns were dismissed.

What surprised me most about writing, is that someone had not already written a book about these incidents. It is an incredible story.

I don’t have any events planned. However, I have recently expanded the distribution of Warnings Unheeded. It is now available in print, audio and ebook from every distributor and on every platform that I am aware of.

The most valuable advice I received is to not be in a rush to publish. I learned from other’s mistakes that it is a lot easier to promote a book if you have taken the time to make sure it is the best writing you are capable of.

What else do you want readers to know?

Readers should know that I eventually overcame the guilt and other mental health issues I struggled with as a result of the shooting. My experience with the trauma is another story in the book that I hope others will be able to learn from.

Also, signed and inscribed copies of Warnings Unheeded can be obtained from a link on my website, or here. A 20% discount is available to followers of Rose City Reader by using the promo code: ROSE at checkout.

Right now I am focused on spending time with my family, any free time I have is spent trying to get the word out about this book. I would eventually like to write another book if I find a subject that I feel as passionately about, as I do Warnings Unheeded.

WARNINGS UNHEEDED IS AVAILABLE FROM MANY SOURCES ONLINE, OR ASK YOUR LOCAL BOOK SELLER TO ORDER IT.