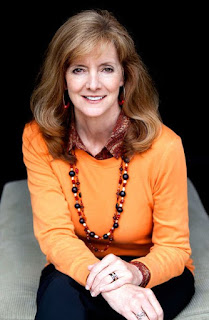 Cinda Stevens Lonsway is a spiritual counselor, facilitator, and public speaker who wrote a memoir about her own experience surviving and recovering from trauma. 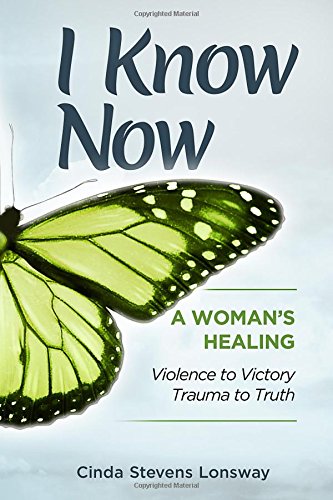 Cinda recently answered questions for Rose City Reader about her book, her work with trauma survivors, and what comes next.

How did you come to write I Know Now?

I Know Now is really a book about spiritual awakening brought on by trauma and PTSD. I began writing about my experience when in September of 2014, I heard a voice; clear and loud that called my name. It woke me up from a deep sleep. The voice said, “Cinda. It is time.” I knew exactly what it meant. I needed to tell my story of the attack that happened to me when I was 19 and the profound healing that I experienced years later.

You tell your story in three parts. Can you explain a bit about your path to healing?

Part One of the story is titled THE ATTACK. I go into vivid detail about the series of events that led up to and during the night of the attack and how I prevented this violent man from raping and killing me. It continues with two months of the man stalking my roommate and me.

Part Two is titled THE HEALING. After the attack, I go into a world class case of denial. Once I became a mother, I felt more vulnerable than ever and this triggered what I know now to be PTSD. Back then, I thought I was losing my mind. After an awful night of reliving my memories, I went to bed defeated. I gave up on life, assuming that the darkness, the demons of my past, would come and consume me. But instead of the devil arriving to take me away, God did, and he showed himself in the body of my perpetrator. I was then guided through a profound, mystical ritual of healing.

Part Three is titled THE AWAKENING. This brings the story into current day. I write about my writing experience and how awful and difficult reliving these horrific events are. That voice that woke me up to tell me to write also told me to look for the signs. Part three is all about the signs, synchronicity, messages that I missed along the way. I see them now for the first time and they are mind blowing.

Yes, I did, and I had a lot of resistance to writing about it. But, I could not deny that voice that woke me up and told me it was time. I trusted whatever energy this voice came from, it helped me heal before, so I trusted it would keep me safe this time.

Each part could technically have a different target market. Part One, gives young people tools in how to keep themselves safe in a dangerous situation. Part Two, gives anyone who has been affected by trauma a way to heal. Part Three, gives more healing power for trauma victims and it offers a beautiful story of how to open one’s awareness to their own spiritual awakening.

At my first book signing, a woman asked me, “So, what do you know now?” I had to think on that for a moment. There is a final chapter that answers that question, but I did not want to read that chapter. So . . . as I thought on this question, something really profound came to me:

When I used to share my story, I would tell it in a way that would make it scary enough to elicit a response. Yet, I was always careful not to reveal too much of the truth, in fear that I would trigger my own dark emotions. I knew just when to stop with the story telling when I would internally hit a barrier that ran across the center of my gut. When my story would reach this point, I would feel my gut clench and I would quickly end my story by adding the part where the victim out smarts the villain and wins the day.

Now that my story is written, in detail, when I go to tell it, I can’t find that barrier anywhere inside of me. It is gone. I can travel all the way down to my big toe and back up and find nothing. I had no idea that by writing my story out of me and then sharing it with others, I would have healed myself in ways completely unexpected. And it is awesome! I know now!

Yes, as a matter of fact, I have many rough drafts and attempts at doing just that. But none of it rang true enough. I wonder . . . if maybe, I just needed to heal more and the only way to do that was to write my story.

Number One: believe them.

Number Three: if the time comes that they are ready to share. Sit there and let them tell you everything. Sit there and no matter how awful it is for you, remember that it didn't happen to you, it isn't about you. Don’t try to fix it, it already happened, nothing can change it. Just listen, don’t judge, don’t correct, just sit, shut up, and listen. The goal is to help them get it out of their memory cells that are carrying the trauma. The reason why writing my story helped to heal me even after I thought I was completely and fully healed, is because I knew that my family and friends would read it and finally my truth would be known. It matters, it really really matters, that someone else on this planet knows my truth.

I believe in healing the whole body. So, in order to heal completely, you need to heal the body, the mind/emotions and the spirit/soul. If one doesn’t heal the trinity together, one won’t heal. I had to heal my body from the stress that caused IBS, adult acne, weight loss I couldn’t afford to lose, back issues. I had to heal my mind/emotions from PTSD, nightmares, triggers. I had to heal my spirit from hate, anger, fear, betrayal. For my body, I sought out acupuncturists, massage, nutritionists. I never sought out professional help as in a therapist, and if I had known that that was an option, I could have saved myself a lot of heartache and years of personal torture. Instead, years later, I trusted my spiritual guidance and found a spiritual counselor, who acted as a therapist.

I had a few Beta readers tell me after they read the book, that they were hoping for more “Cinda teachings.” They wanted to learn more about my spiritual healings, the healings I now guide others through and help them with. So, I’m working on a book of ritual to help people heal from a variety of issues. I have one children’s book published: Tommy T and the Pea that Got Away. Another book coming out in a few months titled: ROAR! which is based on an article I wrote that went viral in 2010. And I am working on three novels. Yay!!!!

I KNOW NOW IS AVAILABLE ONLINE OR ASK YOU LOCAL BOOK SELLER TO ORDER IT!