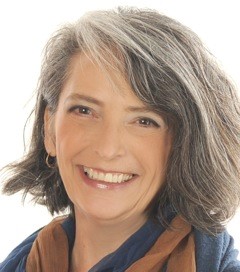 Lisa took time from her writing and book tour to answer questions for Rose City Reader:

How did you come to write Dissonance?

I’ve found that any fiction I write requires three seemingly unrelated seeds. The first seed for Dissonance was planted when my daughter Kaitlin Kushner, then (1995) in middle school, brought home a library book, I Never Saw Another Butterfly, about children’s art at the concentration camp Terezín. Now, when I was young, I read an autobiography by my friend Leslie Klein’s mother, Gerda Weissman Klein, All But My Life, about her experiences in Europe during WWII. I never intended to write a book about the Holocaust. But that first seed was reawakened.

That Christmas, we went to my in-laws in Los Alamos, where my mother-in-law mentioned the apocryphal story about physicists measuring the velocity of those who jumped off a high bridge. It got me thinking about the Manhattan Project, about physics, about the atomic bomb, & & &. A second seed.
I happened to be reading a great deal of music theory at the time, although I no longer remember why. (Although I love music, I’m a piano lesson dropout.) One morning, I read about the mechanism of the piano, and a line came into my head: “The piano is unique among instruments for its double stroke.” While I didn’t know who was speaking, I did know I’d better take notes. From that first line, the first draft of Dissonance was written over a two-month period in the summer of 1995. It was finished coincidentally (or, perhaps, not coincidentally) on the 50th anniversary of the bomb at Hiroshima.

The most important thing I learned—something I stress in my writing classes, and when I edit and coach—is the value of putting a book away for a while after one writes it. It allowed me to revise not only this book (five years after I first wrote it) but many others, as an editor rather than as its author. A first draft is just that—a first draft. Novels that touch readers do so because the author has reworked them over and over again.

The gift of being able to consider life’s quandaries from a fictive perspective.

Do you have any events coming up to promote Dissonance?


THANKS LISA! DISSONANCE IS AVAILABLE FOR PREORDER FROM POWELL'S, AMAZON, OR YOUR LOCAL, INDEPENDENT BOOK SELLER.