This is only me second time participating in the very popular blog event, Top Ten Tuesday.  I like it because it makes me think about the books I read and why they appeal to me -- or don't.

This week's prompt is: Top Ten Favorite Beginnings/Endings In Books (talk about books that started or ended just perfectly or with a bang OR you could do specific opening lines or last lines -- however you want to do it!)

This is a great one for me because, for the past several years, I've been keeping track of the opening sentences in books I read.  I host Book Book Beginnings on Fridays so that others can share the opening sentence(s) of the books they are reading -- please join us!

In culling my Book Beginnings list to find my ten favorites, I see that I like opening sentences that are long, complicated, and either hint at a whole story in themselves or give a real sense of location.

In no particular or and without care as to whether the book is fiction or non-fiction, my (current) Top Ten favorite book beginnings are:

The blade of Napoleon's sword scythed air redolent of roasted meat as the man who would one day be emperor severed at the top of the cheese before him.

-- The Whole Fromage: Adventures in the Delectable World of French Cheese by Kathe Lison.

In early times, say the Icelandic chronicles, men from the Western Islands came to live in this country, and when they departed, left behind them crosses, bills, and other objects used in the practice of sorcery.

Late-summer sun streamed into the dining room, turning every westward surface gold – French gilt mirrors on ivory plaster walls, red wood trim, oak floors and flea-market oak chairs, mismatched flea-market china and flatware on red-and-white-checkered tablecloths, one great base of flowers with a white-linened table all to itself.

Early this morning, 1 January 2021, three minutes after midnight, the last human being to be born on earth was killed in a pub brawl in a suburb of Buenos Aires, aged twenty-five years, two months and twelve days.

Clete Purcel had heard of people who sleep without dreaming, but either because of the era and neighborhood in which he had grown up, or the later experiences that had come to define his life, he could not think of sleep as anything other than an uncontrolled descent into the basement where the gargoyles turned somersaults like circus midgets.

On a December morning of the late 1960s, I was sitting by the windows of the Gran Caffé in the piazzetta of Capri, doing the crossword in The Times.


-- Greene on Capri: A Memoir by Shirley Hazzard.

When Henry Mulcahy, a middle-aged instructor of literature at Jocelyn College, Jocelyn, Pennsylvania, unfolded the President's letter and became aware of its contents, he gave a sudden sharp cry of impatience and irritation, as if such interruptions could positively be brooked no longer.

-- Groves of Academe by Mary McCarthy. 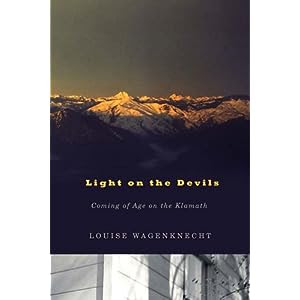 In a town called Happy Camp, beside a river that he had known all his life, a man drove into the deserted parking lot of an abandoned lumber mill, sat for a while in the cab of his pickup truck, and then blew his brains out.

-- Light on the Devils: Coming of Age on the Klamath by Louise Wagenknecht. 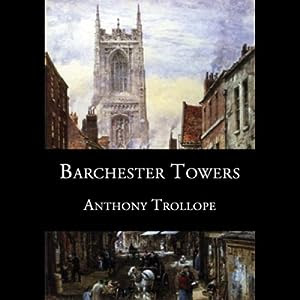 In the latter days of July in the year 185__, a most important question was for ten days hourly asked in the cathedral city of Barchester, and answered every hour in various ways -- Who was to be the new Bishop?

I never really warmed to Clovis -- he was far too stupid to inspire real affection -- but he always claimed a corner of my heart, largely, I suppose, because of the way he instinctively and unconsciously cupped his genitals whenever he was alarmed or nervous.

I saved the best for last.


Posted by Gilion at Rose City Reader at 6:00 AM 1 comments