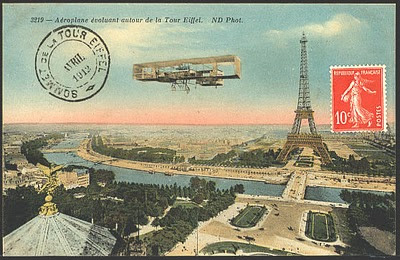 I occasionally go through armchair traveler spells when I like to read books about France -- never books in French, as I am a definite monoglot, but books with some connection to France. In anticipation of such spells, I keep a TBR list of Frenchy books and at least a couple on my TBR shelf.

What I liked best about Debra Ollivier's Entre Nous: A Woman's Guide to Finding Her Inner French Girl, besides its perfect cover, were the book recommendations salted throughout. In addition to specific recommendations in sidebars labeled "Le Livre," Ollivier included book suggestions in her mini-biographies of "French Girls We Love."

My list of French-themed books follows. These are books that I have read or want to read. Those I had read are in rouge. Those on my TBR shelf are in bleu. Those recommended in Entre Nous are marked with an asterisk.

This is a long list, but I would still welcome suggestions!

Abundance, A Novel of Marie Antoinette by Sena Jeter Naslund

An Alphabet for Gourmets by M. F. K. Fisher*

Anything Considered by Peter Mayle

Apéritif : Recipes for Simple Pleasures in the French Style by Georgeanne Brennan

Au Revoir to All That by Michael Steinberger (reviewed here)

The Autobiography of Alice B. Toklas by Gertrude Stein

Between Meals: An Appetite for Paris by A.J. Liebling*

Break of Day by Collette*

The Castle of Pictures and Other Stories: A Grandmother’s Tales by George Sand*

Chanel: Her Style and Her Life by Janet Wallach*

The Cheese Plate by Max McCalman*

Citizens: A Chronicle of the French Revolution by Simon Schama

Claude & Camille: A Novel of Monet by Stephanie Cowell

The Count of Monte Cristo by Alexandre Dumas

The Courtesans: The Demi-Monde in Nineteenth-Centur by Joanna Richardson

Death in the Truffle Wood by Pierre Magnan

The Delta of Venus by Anais Nin*

Down and Out in Paris and London by George Orwell

The Elegance of the Hedgehog by Muriel Barbery

The Food Lover’s Guide to Paris by Patricia Wells*

The Food of France by Waverley Root (reviewed here)

French Spirits: A House, a Village, and a Love Affair in Burgundy by Jeffry Greene

French Ways and Their Meaning by Edith Wharton*

The Gastronomical Me by M. F. K. Fisher*

The Glass-Blowers by Daphne Du Maurier

A Good Year by Peter Mayle

At Home in France: Eating and Entertaining with the French by Christopher Petkanas*

At Home in Provence: Recipes Inspired By Her Farmhouse In France by Patricia Wells

Joan of Arc by Mark Twain*

Joan of Arc: Her Story by Regine Pernoud*

The Lais of Marie de France*

A Literary Passion by Anais Nin and Henry Miller (letters)*

Living in Provence by Dane McDowellf

The Lover by Marguerite Duras*

Madame de Pompadour: Images of a Mistress by Colin Jones*

Mademoiselle Fifi and Other Short Stories by Guy de Maupassant

Mastering the Art of French Cooking, Vols. I and II, by Julia Child*

Meet Me in Venice by Elizabeth Adler

Me Talk Pretty One Day by David Sedaris

The Messengers of Death by Pierre Magnan

A Moveable Feast by Earnest Hemingway

Murder in the Marais by Cara Black

Murder in the Sentier by Cara Black

My Life in France by Julia Child (reviewed here)

Paris to the Moon by Adam Gopnik

The Paris Wife by Paula McLain

The Physiology of Taste by Jean Anthelme Brillat-Savarin (translated by M.F.K. Fisher)*

A Place in the World Called Paris, edited by Steven Barclay

The Power of Style by Annette Tapert and Diana Edkins*

Provence A - Z by Peter Mayle

The Road from the Past: Traveling through History in France by Ina Caro

In Search of Lost Time by Marcel Proust

The Sea Wall by Marguerite Duras*

She Came to Stay [L’Invitee] by Simone de Beauvoir*

Silk Roads: The Asian Adventures of Clara and Andre Malraux by Axel Madsen

Son of Holmes by John Lescroat

A Taste of Provence by Francie Jouanin

Tender Is the Night by F. Scott Fizgerald

The Three Musketeers by Alexandre Dumas

Tropic of Cancer by Henry Miller

The Virgin Blue by Tracy Chevalier

Walks in Hemingway's Paris: A Guide To Paris For The Literary Traveler by Noel R. Fitch

A Well Kept Home: Household Traditions and Simple Secrets from a French Grandmother by Laura Fronly and Yves Duronson*

The Wine Bible by Karen MacNiel*

A Year in Provence by Peter Mayle

If you have a similar list or are reading the books on this list, please leave a comment with links to any progress reports or reviews and I will add them here.

Posted by Gilion at Rose City Reader at 8:00 AM 18 comments