Five New Indie Books to Pre-Order for the New Year 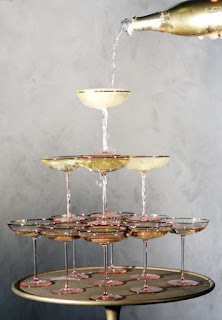 FIVE NEW INDIE BOOKS TO PRE-ORDER FOR THE NEW YEAR

We can all hope that the new year brings many things to celebrate! One thing for sure is the release of new books. These five new indie books are coming soon, ready to pre-order now, and are sure to entertain. 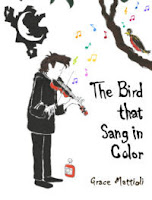 Grace Mattioli's new novel, The Bird that Sang in Color, comes out January 17. It's the story of Donna Greco who sought the conventional successes in life, compared to her free spirit of a brother. The story spans decades, from their childhood in the 1970s to the near present. Donna spends years feeling bad about what she sees as her brothers failure to launch, until she finds a sketch-book he made of his life and it prompts her to do some soul searching of her own. This is a heartfelt family story told with grace and humor.
Pre-order on amazon in paperback or kindle and the kindle is only $0.99. Visit Grace Mattioli's website for more information.
Read a thorough and thoughtful review of The Bird that Sang in Color by Yvonne on Fiction Books.

Three generations of Los Angeles history are packed into this fast-paced novel by journalist and nonfiction author James Oliver Goldsborough. From the roaring twenties to the uproarious nineties, the story of LA unfolds with all its glamour, corruption, crime, beauty, sprawl, glitz, and grime. Blood and Oranges: The Story of Los Angeles, a Novel is historical fiction at it's most entertaining.
Available March 2 from City Point Press and available for pre-order. Visit James Oliver Goldsborough's website for more information.

Amphibians is the new short story collection from Lara Tupper, author of the wonderful historical novel Off Island. These linked short stories are set in Maine, Italy, Japan and the United Arab Emirates, but all explore the theme of "feeling not quite right in one's own body" -- on water or land. Tupper's female characters can be quirky, fragile, tough, and wounded, and are all very real.
This book won the Leapfrog Fiction Contest so will be published by Leapfrog Press in March. It is available now for pre-order. Visit Lara Tupper's website for more information.

Sixty years after Alice George lived in the Sahara desert with the nomadic Tuarig tribe, she received a telegram telling her that Abu was dead. "Who is Abu?" her husband asks. "My lover," she replies. This is the set up for Blue Desert, the new novel by Celia Jeffries. The story braids the two narratives of Alice's time spent in the Sahara during World War I and 1970 in London, during the week she tells her secrets to her husband for the first time. If you like your historical fiction with a feminist bent, Blue Desert is the book for you.
This one comes out April  20 from Rootstock Publishing and is available for pre-order now from many sources. See Celia Jeffries website for more information.

If you are looking for armchair travel to tide you over until your next IRL trip, Nicki Chen's new novel, When in Vanuatu is the pick for you. It is the page-turning story of expats Diane and Jay, living in Manila when circumstances result in their move to the South Pacific island of Vanuatu (where James Mitchener wrote Tales of the South Pacific). The beautiful tropical island is not the idyllic paradise it first appears. Although part of a captivating international community, the couple faces disappointments that test their marriage and lead to Diane's personal transformation.
When in Vanuatu launches April 27 from She Writes Press and is available for pre-order from many sources. See Nicki Chen's website for more information.
HAPPY NEW YEAR!
HAPPY NEW BOOKS!

Posted by Gilion at Rose City Reader at 9:00 AM 6 comments