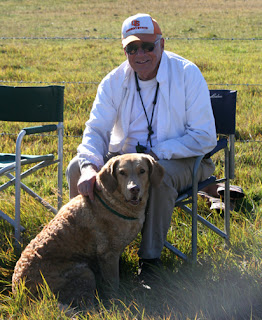 Historian and author Thomas R. Cox has written widely about environmental, social, and economic history. In his new book, The Other Oregon: People, Environment, and History East of the Cascades (OSU Press), he returns to his roots in Eastern Oregon to explore a diverse and under-appreciated region of the Pacific Northwest. 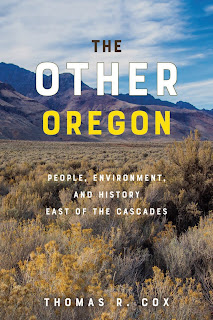 Tom recently talked with Rose City Reader about his book and Eastern Oregon, a part of the country he knows and loves:

Why did you call your book The Other Oregon?

There is a well-established image of Oregon: wet, green, timbered, and liberal. Yet this is an image that hardly fits in two-thirds of the state. The lands east of the Cascades, largely overlooked, are a very different place.

How did you come to write a book about Eastern Oregon?

I was raised and long worked in Central and Eastern Oregon. I loved it then and it haunts me still. Disturbed by how little it is understood (and even dismissed as irrelevant) and thinking it had a story that can provide insights into areas and problems far beyond its borders, I felt compelled to present its many-sided story.

Your book is engaging as well as comprehensive. How did you research the history, geography, and environment of the region to give the details you include?

I have an unusually diverse background. In addition to graduate training as an historian, I did undergraduate field work in botany and anthropology. I have worked in sawmills, as a rural mail carrier, on forest fire crews, and on fire lookouts; and I have lived and worked in small towns in Central Oregon, the Blue Mountains, and Klamath Basin. Through all this I acquired a breadth of contacts well beyond what I gained in academia.

Who is the audience for your book? What does it offer for readers who don’t have a personal connection to Eastern Oregon?

Everyone has roots that shape his or her values and attitudes. More often than not, these roots spring from their home place—the land—rather than from built environments. The story of the interaction of people and the land east of the Cascades can aid in the self-understanding of people wanting to know who they are and from whence they have come regardless of their place of residence at the moment.

I knew before I started that I would be dealing with a complex, multi-faceted story, but I was unprepared for just how intertwined the elements of its story would prove to be—and by how much its story reflects on the experience of the wider West.

What is something you wish everyone knew about Eastern Oregon?

I wish more people realized that the people east of the Cascades have come to love and husband their land. They are hardly the exploitive rape-and-run villains that some urbanites and environmentalists paint them as being.

As indicated above, my varied early work experience gave me understandings (and contacts) that I would never have gained from a traditional academic program. My experience teaching a conservation course at Sisters High School even before Rachel Carson and others launched the environmental revolution provided additional preparation. And my academic studies of state parks, the lumber industry, and Native American land issues led me further along the path to this multi-faceted study.

I am an eclectic—and insatiable—reader. I love well-crafted mysteries set in unusual places: Peter May’s trilogy set in the Outer Hebrides, William Kent Krueger’s works in the Boundary Waters/Chippewa country of northern Minnesota, Martin Walker’s stories from the Dordogne in France. I also love the late Ivan Doig’s works, especially his Last Bus to Wisdom. But I read histories too; I recently read three biographies of U.S. Grant back to back (and came away convinced another is needed). And I just completed David Robert’s The Pueblo Revolt, a remarkable blending of history and personal experience.

Write about what you know—and don’t be in a hurry, the mark of a good historian (and no doubt of others) is the capacity to take infinite care.

Not really. Being 87 years old and living in Idaho hardly puts me in a position to do “events.”

I wish I knew. I am tempted to tackle a revisionist view of the Grant presidency. But more probably I will undertake a study of the history of the Wada-Tika (Burns Paiutes), a study that would draw on oral traditions, historical records, Indian Claims Commission reports, interviews, and more. Time will tell.

THE OTHER OREGON IS AVAILABLE FROM ONLINE SELLERS AND DIRECTLY FROM OSU PRESS.