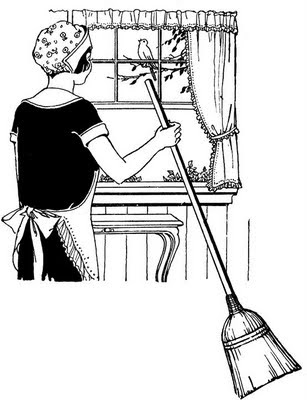 I did a little more tidying up today. My list of lists over there on the right side was getting to be too long, so I broke it into two lists: Prize Winners and Must Reads.

The Prize Winner category is self-explanatory.  Literary prizes abound, but these are the few, mostly the big ones, that I am working on.  I hope to read all of them some day.

The Must Reads category includes all kinds of "recommended reading" lists, from the big one's that got a lot of buzz, to my own personal lists.

I started this blog after finishing all the books on the Modern Library's Top 100 Novels of the 20th Century, because finishing that list focused my attention on all the other book lists that were out there.  That explains the inclusion of Radcliffe's rival list, for example. And Erica Jong's list of top 100 books by women.

My personal lists include my Top 10, my cookbook library, the books my book club has read, my dreaded Guilt List, and my LibraryThing Early Reviewer list.  It also includes some lists I created, such as lists of books set in France or books set in Venice.

What books lists do you work on? Do you make your own? Share links please!

Posted by Gilion at Rose City Reader at 9:51 AM 0 comments