Opening Sentence of the Day: The Master Butchers Singing Club 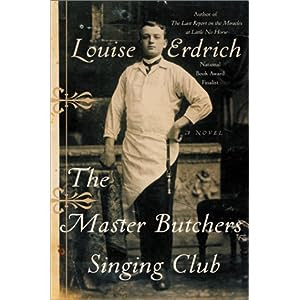 Fidelis walked home from the great war in twelve days and slept thirty-eight hours once he crawled into his childhood bed.

That sentence grabbed me because family lore has it that my great uncle Georg also walked home to Germany when WWI finally ended. Poor Georg -- although he was too young to fight in WWI (only 14 when the war started), he was conscripted and, although to old to fight in WWII, was conscripted again. He walked home to his farm in Bavaria again after WWII.

So I am sucked into this story from the get go. And even deeper when Fidelis goes to America and finances his immigration by selling sausages to New Yorkers. Mmmmmmm . . . sausages . . .