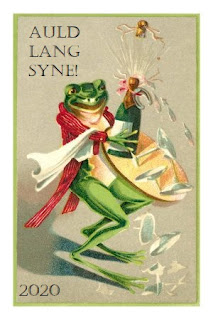 Here's the list of the 109 books I read in 2020, in the order I read them. 2020 was such an insane year, it could have gone either way, reading-wise. I know some people read twice as many books as usual, some people read hardly any. I read the same.

Notes about my rating system are below the list.

My rating system is my own and evolving. Whatever five stars might mean on amazon, goodreads, or Netflix, a five-star rating probably doesn't mean that here. In fact, I'm going to change this year and use roses for my rating system, since this is Rose City Reader. My system is a mix of how a book appeals to me and how I would recommend it to other people.

🌹🌹🌹🌹🌹 Five roses for books I loved, or would recommend to anyone, or I think are worthy of classic "must read" status." Examples would be Lucky Jim (personal favorite), A Gentleman in Moscow (universal recommendation), and Great Expectations (must read).

🌹🌹 Two roses if I didn't like it. The Neapolitan Quartet is an example, which proves how subjective my system is because lots of people loved those books.

🌹 One rose if I really didn't like it. I don't know if I've ever rated a book this low. The Magus might be my only example and I read it before I started keeping my lists.

I use half roses if a book falls between categories. I can't explain what that half rose might mean, it's just a feeling.

Here is a link to the star rating system I used for years. I include it because the stars I used in years past meant something different than these roses, so if you look at my lists from past years, the ratings won't mean quite the same thing.