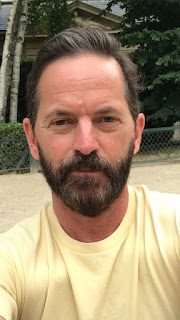 Billy Lombardo is an author, editor, and writing coach. After teaching literature and creative writing for 25 years, Billy now runs a writing and editing business called Writing Pros/e. He is also the founder and managing editor of Polyphony Lit, a global literary magazine for high school writers and editors. His latest book, Morning Will Come, is the story of a marriage and family struggling with the disappearance of the oldest daughter. 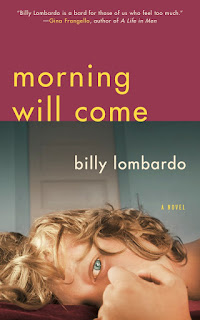 Billy Lombardo talked with Rose City Reader about how a collection of stories became his novel, Morning Will Come, and some of his favorite books and authors:

How did you come to write Morning Will Come?

It began with four stories told to me by two people. I thought they were just too beautiful not to write about. By the time I had five somewhat disconnected stories written, Other Voices Books announced that they were looking to publish a collection of short stories or a novel-in-stories as their next book, and so I wrote three more stories and sent them off.

Why did you decide to tackle the almost unbearable subject of a missing child and how that tragedy affects a marriage and a family?

It wasn't a decision. As it turned out, Isabel, a character in the first story I had written, "At Khyber Pass," wasn’t present in any of the other stories in the collection.

I was in my first residency at Warren Wilson, a low-residency MFA program, and my workshop class had read an early draft of one the stories, "The White Rose of Chicago." A couple of students in the workshop didn’t know what to make of the story taking place beneath the story. The teacher, Wilton Barnhardt, stood up, gestured fluently, and said, “But what if Audrey is grieving over the death of child?”

I had written that draft without knowing what Audrey was grieving over. So when Gina Frangello, the editor at Other Voices, encouraged me to connect the stories, I realized that Isabel had to make the sacrifice for the novel. To break my heart further, I revised that first story in a way that made me fall for Isabel even more.

I didn’t realize until much later, that I wasn’t attempting to tackle the unbearable subject of the disappearance and death of a child, as much as I was trying to language my own grief by trying to understand Audrey’s.

I’ve recently taken an early retirement from a teaching career, so right now my day job is building a writing and editing business called Writing Pros/e. My teaching did not lead me to writing, though. I came to writing by way of doing performance poetry at The Green Mill, the birthplace of slam poetry. My work was very narrative, though, and after reading and meeting Stuart Dybek, I gave short fiction a shot, and never looked back.

I didn’t have any idea where the story would end. What I wanted was some small hope. And sharing my son’s baseball life with him had always been a great source of joy for me as a young father. Neither Audrey nor Alan knew how to language their grief and sadness in Morning Will Come, and I wasn’t sure if they’d ever get to that point. So I gave the final story to Dex, the son.

Morning Will Come is a "re-issued, re-titled, re-edited, re-beautifully jacketed version" of your 2009 novel, How to Hold a Woman. Tell us about your decision and the process of reworking your debut novel.

I had recently gotten released from the contract with the publisher of How to Hold a Woman, and was encourage to reach out to Jerry Brennan of Tortoise Books to see if he might be interested in re-issuing the book, and to my delight, he agreed to acquire it.

I think that every time a writer sits down to the table and strives to string words together to get at the thing within, they can’t help but learn—so, in that way, I came away a better writer. More importantly, though, I think I learned something about how to use my own interior world to gain access to the interiority of my characters.

What did you enjoy most about writing this book?

Oh, there’s just such great joy in writing stories that do something, that language some universal thing in some completely singular way, that move people. The joy in this one was that I noticed my own growth as a writer.

You dedicate your book "For Mickie Flanigan, that I may live long and well enough to pay some bit of it forward." What's the story there?

She’d kill me if I said anything more.

I don’t think so much of authors as I think of individual works. I’d say that William Maxwell’s So Long, See You Tomorrow, was one of the most important books to me as a writer. I love Steinbeck’s Cannery Row and Salinger’s Franny & Zooey. I love Gatsby. I continue to learn from short stories by ZZ Packer and Amy Bloom, Tobias Wolff and Charles Baxter, Flannery O’Connor.

Right now I’m reading a collection of stories by Lucia Berlin called A Manual for Cleaning Women. I’m also re-reading To Kill a Mockingbird for an online enrichment course I’m teaching. I grew up in a house with no books, and a consequence of that, for me, is that I really have to be deliberate about putting my butt in a chair to read. And every time I do it, it ends up to be productive.

Thank you. I guess my understanding of the value of those things comes from my work as the founder and managing editor of Polyphony Lit, a student-run literary magazine and global online literary platform for young writers and editors. We’ve received submissions from high school writers in more than 70 countries, and our staff has editors from dozens of countries. That’s so wild to me. The digital world makes that all possible.

Amy Danzer, my partner and housemate, deserves all the credit for urging me to build and tend to my personal and business websites. There are certainly great authors who seem to do all right without websites and twitter handles, but it’s been good for me. I actually don’t know if it’s helped me sell any books, but it has helped me immensely with my writing and editing business, Writing Pros/e.

I’ve got a YA novel that I’m just in love with, and I’m working on a book on the craft of fiction for apprentice writers.

Morning Will Come is available online, like all books these days.