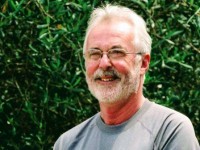 Journalist John Dodge is a veteran of natural disaster reporting, writing about the 1980 eruption of Mt. St. Helens and the 1989 Bay Area earthquake, among other floods, earthquakes, and storms. His new book, A Deadly Wind, is a lively and comprehensive history of the 1962 Columbus Day Storm that ripped through the Pacific Northwest. 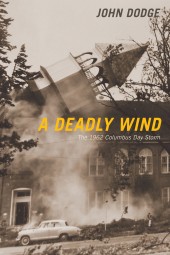 Before we get to your book, can you introduce us to the Columbus Day Storm of 1962 to set the stage a bit?

The 1962 Columbus Day Storm was the strongest windstorm to strike the Pacific Northwest in recorded history. It was a mid-latitude cyclone fueled the remains of Typhoon Freda, and strong pressure and temperature differences in the atmosphere.

How did you come to write a book about the storm, A Deadly Wind?

I was drawn to this book project by several factors. One, I am a storm survivor, having experienced the storm as a 14-year-old living near Olympia, WA. Two, I accepted a challenge issued by University of Washington atmospheric sciences professor Cliff Mass, who, at the 50-year anniversary of the storm in 2012, urged someone to write the first full-length book about it.

How did you find the historical information and detail found in your book?

I relied on written, first-person accounts of storm survivors, newspaper articles, storm survivor interviews I conducted, books and articles dealing with meteorology, weather disasters, and Pacific Northwest history as well as my travels along the path of the storm.

Who is the audience for your book? What does it offer for readers who don’t have a personal connection to the Columbus Day Storm?

I believe that storm survivors make up a large part of the book’s readership. In addition anyone with an interest in Pacific Northwest history and/or severe weather should be drawn to the book.

Given the many examples of risky behavior by people caught up in the storm, I was surprised that more people weren’t killed or injured. I was also struck by how primitive weather forecasting was in 1962.

I had a 40-year career as a newspaper journalist and wrote in-depth features about the storm at the 25, 40, and 50-year storm anniversaries. The book research was a logical extension of my work as an investigative reporter, interviewer, and storyteller.

I’m an avid reader of fiction and non-fiction. I’m presently reading two books: Tides: The Science and Spirit of the Ocean by Pacific Northwest writer, sailor, and conservationist Jonathan White and Weather Woman, a novel by Cai Emmons, an author and teacher in the University of Oregon’s Creative Writing Program.

Some of the best advice I’ve ever received on writing came from the book On Writing: A Memoir of the Craft by Stephen King. He makes the point that writers need to do two things: Write every day and read every day.

I'll be at the 19th Annual Authors and Artists Fair at the Lane County Fairgrounds in Eugene, Oregon from 10 a.m. to 5 p.m. on December 8, 2018. Additional book events as they are scheduled will be posted on my webpage and the Facebook Group Page called A Deadly Wind: The 1962 Columbus Day Storm.

I’ve turned my attention to fiction writing in recent months, including a collection of short stories.

A DEADLY WIND IS AVAILABLE ONLINE, OR ASK YOUR LOCAL BOOK SELLER TO ORDER IT!