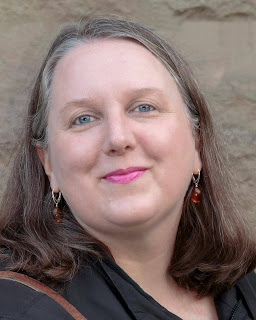 Author Theresa Griffin Kennedy is a native Portlander who has written an earlier nonfiction book about Portland's history of corruption and a book of poetry. Burnside Field Lizard, a short story collection, is her first book of fiction.

How did you come to write the stories in Burnside Field Lizard?

The stories detail the struggles of women that society has cast aside. This is something I feel strongly about. There are five stories and that tends to be the focus; women who are tossed away, not valued and fight to survive doing that they have to, even if it is deviant. As a low income mother and college student in my middle 30’s living in NE Portland, I saw a lot of struggling women. Many of them were prostitutes, drug addicted and homeless.

What is the significance of the title? Does it have a personal meaning for you besides its connection to the title story?

The title is simple and something I came up with kind of out of the blue. I feel there is a kind of unforgettable quality to it, a kind of musicality to the words. I’d always known what a “field lizard” was, since I was a child as one of my older brothers told me.

What is the significance of the cover image?

The cover image was originally created from a cell phone photo my daughter took in 2016. It was then recreated by my graphic designer Gigi Little, by taking her own photo and working with that. The image was something I felt would resonate with readers and viewers as something that was both random and beautiful and might represent the randomness of urban life.

You are a native Portlander. How much of your stories are drawn from their location and
your knowledge of it?

I’d say all my stories are dealing in some way with Portland. I’ve lived here my whole life and know nearly every inch of the city. I am not one of those writers who can write about cities that I’m not familiar with. I value writing about things I’m familiar with because in knowing the geography of a city in all its facets you write with more authority when you have that perspective.

You describe your stories as “domestic noir.” What do you mean by that?

My stories are domestic noir, which is a new term and an important term. The term was coined by the author Julia Crouch who defined it on her blog. Her definition is brilliant: “In a nutshell, Domestic Noir takes place primarily in homes and workplaces, concerns itself largely (but not exclusively) with the female experience, is based around relationships and takes as its base a broadly feminist view that the domestic sphere is a challenging and sometimes dangerous prospect for its inhabitants.” This definition falls under my writing and other writers such as Gillian Murphy, Darcey Steinke and many other women writers.

I have limited work experience. I was an older returning college student when I went back to school. When I started college in 2001, I was going to become a parole officer but I found that my writing skills were becoming evident. It helped that my father, Dorsey Griffin was also a writer and author. He encouraged my writing more than anyone else and the fact is I wouldn’t be a writer or author today if not for my father’s unwavering support.

What did you learn from writing your book – either about the subject of the stories or the
writing process – that most surprised you?

I think what I learned most is how angry I am about the plight of women in our society. There’s always been a war against women. But I think realizing how this impacts me emotionally is one of the most important things I learned from writing this book. And also that I can write a killer sex scene, that graphic sex writing in literature does not scare me and that it does not have to be tame. It can be ugly; it can be explicit and still moving emotionally.

If I had to pin it down to one thing it would be to not be afraid. And the best advice I’ve gotten about writing has been from men and not women, strange as that may sound. JD Chandler and Tom Hansen are both authors who have been really supportive of me and they’ve both always told me, to just tackle what I want, to not worry about the approval of the establishment or the powers that be. To just take on what you want and not look back, that and reading every available chance you have to expand your awareness of plot mechanisms, expand your vocabulary, grammar and strengthen your overall understanding of the bigger picture of a story or a novel.

Who are your three (or four or five) favorite authors? Is your own writing influenced by the
authors you read?

Number one: Darcey Steinke. There is just something about her writing that is so unique and so utterly unforgettable because of how she plays with language. Specifically I’m speaking of her second novel Suicide Blonde and its impact on me. It’s a book I read every year and I think her greatest work. No one can make the ugly beautiful like Darcey Steinke, the English novelist Daphne Du Maurier, F. Scott Fitzgerald, Toni Morrison, and most currently, Portland author Lidia Yuknavitch. They are all great writers but I love so many others, too. Cormac McCarthy is a favorite, along with Ian McEwan, Alice Walker, and of course Jane Alexander and Gillian Murphy. But I would not say my writing is influenced by anyone I have read or will read. My voice is uniquely my own.

I read constantly although I’ve been narrowing it down to only two at a time. Right now I’m reading FEAR by Bob Woodward and Dora: A Headcase by Lidia Yuknavitch. The contrast is wonderful and they’re both absolutely amazing books.

You are active on Twitter, Facebook, and Instagram. From an author's perspective, how
important are social networking sites and other internet resources to promote your book?

Instagram is much more fun than Facebook, so now I’m hooked! It can be a burden sometimes to feel obligated to check in and create a post or update. But it’s also a source of enjoyment. I've weathered a lot of drama through social media but the positive has outweighed the negative and it's simply the best way to promote yourself as a writer.

There will be a launch party at CRUSH in the month of October, date TBA! Follow me on Twitter for details.

About ten months ago, I began writing my first novel, Talionic Night in Portland. A TV assignment editor becomes involved with a grade school custodian and they fall in love. They traverse a very class conscious town in a morbid comic love story with Portland as the backdrop, during 2005. It's been a lot of fun to write. Talionic Night in Portland will be available in early 2019.

I’m finishing a book of intimate personal narrative essays from my life called We Learned to Live in that Castle: Stories. These stories document my teen years in foster care and the sexual awakening that occurred while I was constantly moving from one foster home to another, my years as an isolated single mother in the early 2000’s, a rape I experienced as a child in 1979 when I was thirteen, and the suicide of my first love, a boy I desperately loved. We Learned to Live in that Castle: Stories will also be available in 2019.

BURNSIDE FIELD LIZARD IS OUT THIS WEEK! ASK YOUR LOCAL BOOK SELLER TO ORDER IT.