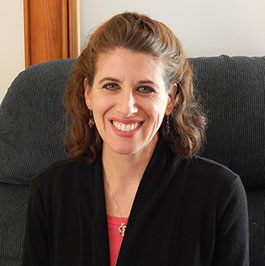 Beth Benedix is the author of Ghost Writer: A Story About Telling a Holocaust Story. While she was ghostwriting a memoir for a holocaust survivor, he urged Beth to write her own story about what it was like to confront the challenge of telling someone else's history when it "swelled beyond its own boundaries."

Beth recently answered questions for Rose City Reader. Find out more about the author of Ghost Writer and get to know the woman behind the book.


Before we get to your book, Ghost Writer, can you introduce us briefly to Joe Koenig?

Yes, of course. Joe is such a remarkable man, and I just hope I’ve been able to do him justice in the book. His story of survival during the Holocaust is itself extraordinary—by the time he was seventeen, he had lost his entire family, been imprisoned in four camps (including a work camp that he snuck into, intuiting that he would be safer inside than alone in the rural outskirts of Czestochowa, Poland), and survived two death marches. To me, it’s the way he lives in the midst of this story, the way he lives without dwelling, that I find so breathtaking. In the book, I describe him as the epitome of swagger—which, to me, is the quality of creating your own boundaries, setting your own course, defining the world in your own terms. Joe’s intuition is everything—he moves in the space of his own boundaries—somehow always knowing what next step to take. I find the way he approaches his life to be so… healthy, so affirmative. For him, it’s all about family and love. Throughout the writing of the book, I couldn’t shake the feeling that the best way to describe him was as a philosopher, in that he seemed to be describing a way of being and moving through the world. But his philosophy is the most embodied, authentic and down-to-earth I’ve ever seen, and I came away holding him up as a model of yes-saying. It’s a way of being in the world that I would very much like to emulate.

How did ghostwriting Koenig’s memoir lead to writing your book, Ghost Writer: A Story About Telling a Holocaust Story?

Well, technically, I never really did ghostwrite Joe’s memoir. I tried to do this—in the form of a third person narrative of his story of survival (included in the book), which I provided to Joe’s family. But even the original third person narrative had elements of my first-person attempts to nail down the story, to frame and contextualize the narrative I was hearing. I don’t actually consider myself a ghostwriter, in that I knew from the beginning that whatever form the book would eventually take needed to be a departure from standard ghostwritten accounts. The title is a nod to that departure... in separating the two terms (ghost and writer), the emphasis is on all of the “ghosts” that loom over the telling of the story, that intrude into this narrative that resists closure.

I’m very much hoping to start a conversation with as diverse an audience as possible about what it means to tell another person’s story—about the obligations and limitations of memory and the ways in which telling our stories, and listening to the stories of others, brings us together. I wrote this book, specifically, because I feel there is an urgency to collect Holocaust survivors’ stories before there are no longer survivors left to tell them. But I also feel, generally, that there is an urgency to change the way we tell these stories—and all stories of survival and memory. I very much wanted to disrupt the monological strain, the one-directional mode, that so often dominates survivor testimony. It’s the dialogue, the back-and-forth, the moments of encounter and recognition that most authentically preserve and pass on memory, I’ve come to find.

I see my audience as people who are interested in Holocaust narratives and history, and, more broadly, as people who are interested in process-driven narrative non-fiction. I hope readers will come away feeling like they have met a remarkable man, and considering the possibility that memory-collecting is a raw, unscripted and sometimes messy affair.

Do you have recommendations for other books about the Holocaust or Holocaust survivors?

Elie Wiesel’s Night and Primo Levi’s Survival in Auschwitz are two memoirs that I find extremely powerful. In both cases, there is a stark beauty in the prose that conveys the immediacy of the horror they’ve experienced. I go back to Night again and again.

Nicole Krauss’s novel, The History of Love, is one of the most beautiful books I have ever read. The relationship at the center of the book between a Holocaust survivor and a young girl in many, many ways influenced my sense that these stories told now must be about convergence, about paths crossing. This is how we remember, how we preserve memory.

Other books that deeply influenced my thinking are Henry Greenspan’s On Listening to Holocaust Survivors and Peter Haas’ Morality After Auschwitz: The Radical Challenge of the Nazi Ethic. John K. Roth’s vast body of work has shaped my studies and approach, and is a must for anyone who is thinking about the philosophical and theological implications of the Holocaust.

Do you have recommendations for other books about writing and storytelling?

Oh, my goodness, there are so many! The ones that most heavily influenced my writing are self-conscious memoirs with narrators who are talking deliberately about process and second-guessing themselves along the way. My two biggest influences are Dave Eggers’ A Heartbreaking Work of Staggering Genius and David Harris-Gershon’s What do you Buy the Children of the Terrorist who Tried to Kill your Wife? Susanna Kaysen’s Girl, Interrupted is also a favorite—I love the fragmented quality of her writing and the way she uses original documents to frame her story.

Mary Karr’s The Art of Memoir and Stephen King’s On Writing are two books on the craft of storytelling that speak the most to me.

I don’t think it’s an exaggeration to say that writing this book was a life-changing experience for me. Everything feels different now, more applied, more high stake. I’ve learned from Joe (am trying to learn) the art of perspective, of recognizing what matters and what doesn’t. About the writing process—I’ve learned that it really is a process. The book was nine years in the making, and in many ways I feel I’m still circling around the subject. It will never feel done to me, and I’m surprised to learn that I am completely okay with that lack of closure.

I am a professor at DePauw University. My background is in comparative literature, with an emphasis on Modern Jewish writers, religious studies, and philosophy. Comp Lit is by nature an interdisciplinary field, one that doesn’t fit neatly into any particular category, and it allows a great deal of freedom to explore connections and intersections among ideas and genres. It’s kind of a marginal, liminal space, a space I feel really comfortable in. Looking back, I think this background—maybe my being drawn to Comp Lit in the first place—was key to my being able to conceive of Ghost Writer in the way that I did. It’s an assumption of the field (and one that I very much share) that no single lens will ever capture the thing in front of you—it’s about the constant shifting of lenses, the collecting of multiple perspectives, the perpetual circling around the subject. This is how I always imagined the book needed to take shape, with the process itself at the center of the story.

I also teach a good deal of writing in my classes, and work closely with all of my students to help them to find the arc of the stories they want to tell. I love these conversations, because they always begin with the questions that each student has about the material we’re reading, the things each student finds most compelling and worth puzzling through, and each conversation always starts with my just sitting and listening closely to their narratives, collecting their thoughts, and helping them to identify patterns in their thinking. I think perhaps I really honed this approach through my relationship with Joe, through our interactions that involved listening more than anything. And in the process of these conversations with students, so, so many shapes and story arcs and approaches emerged. It has begun to make an embodied sense to me that writing is always an act of listening, shaping, and re-shaping. It has been a tremendous gift to learn from my students and to be able to share what I’ve learned from the process of writing this book with them.

I am a huge fan of Kafka, Nietzsche, Murakami, and all things dark and existential. Right now, I’m reading two wonderful collections of short stories, one by Lesley Nneka Arimah, What it Means When a Man Falls From the Sky, the other by Helen Oyeyemi, What is Not Yours is Not Yours.

My favorite books of all time are Lolita, The Stranger, Madame Bovary, and Dara Horn’s The World to Come. The book on my nightstand (which has been there for a while) is my friend’s copy of roscitrea-20Beezlebub’s Tales to his Grandson (it’s slow going but I very much want to get through it!).

My friend, Tom Chiarella, novelist, longtime writer for Esquire and freelance journalist once told me: “You can start any piece of writing with the word ‘so’”—as in, “so, I’m sitting here with these interview questions trying to come up with perfectly-crafted answers…” It throws your audience immediately into the world you’re trying to throw them into, establishes a kind of intimacy, and lets people know exactly where you’re coming from. It’s all about transparency, revealing your thought process. I don’t know how many times this little gem saved me from the paralysis of the blank page, or how many times I shared it with my students to help them get started on their own projects.

Right now, I’m working on marketing this book and gaining an audience. It’s a welcome transition, this crossing-over from academic writing to a general audience, and I’m very much hoping to have the opportunity to meet and talk with people and to hear what they think about Ghost Writer. I’m waiting for the next writing project to announce itself to me.

In the meantime, I’m busy being a mom, teaching, directing a nonprofit organization I founded called The Castle that brings integrated arts and project-based learning experiences into public schools in Putnam County, IN, and gigging as much as possible with my band, Black Market Vinyl. Joe taught me, among many other things, to grab every moment, which I’m trying to do.

GHOST WRITER IS AVAILABLE ON LINE, OR ASK YOUR LOCAL BOOK SELLER TO ORDER IT!