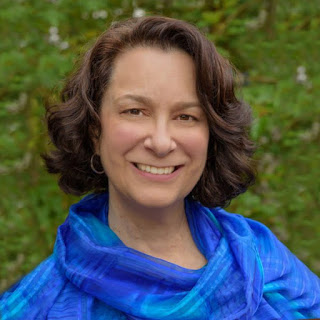 Ellen Notbohm is an award-winning author best known for her books on autism. Her new historical novel, The River by Starlight, tells the story of a homesteading couple in Montana in the early 1900s struggling with the wife's recurring postpartum depression. The book was inspired by research into Ellen's own family history. 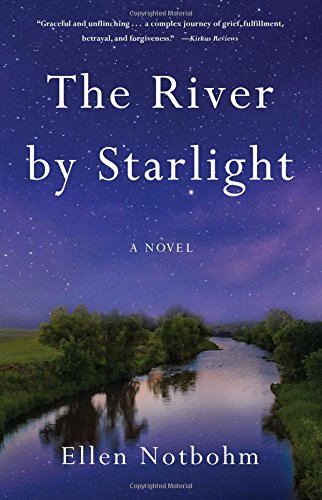 Ellen recently talked with Rose City Reader about her new novel, women's health, and what she calls her "reading sutra."

How did you come to write The River by Starlight?

In my many years of genealogical work with families around the world, I’d learned that every family has what we call a brick wall—that one person no one will talk about. There’s always an aura of taboo around “the black sheep” or the “fallen angel.” In our family tree, a woman I call Annie Rushton (not her real name) stood behind a century-old brick wall. I felt pulled to her, as a woman and a mother. It took years of digging and a grain of luck to find out why the silence—Annie faced recurring postpartum psychosis at a time when neither medicine or society understood it.

Given the frontier-era social stigma and ignorance surrounding women’s mental health issues, not to mention the gender-biased laws of the day, what we now know to be a bona fide medical condition threatened to cost Annie nearly everything that forms the core of what we build our lives and values upon. I wanted to tell both her story and that of her husband, Adam Fielding, in a way that would heal prejudices and injustices. Maternal mental health is rarely in historical fiction. It’s foremost a woman’s story, to be sure, but the male partner’s perspective, with its profound grief and desperation, is a story even less told. Adam is an equally riveting figure in a love story that extreme adversity did its best to destroy.

How did you research the social and medical history you relate in such detail?

To be able to build Annie and Adam’s world with authenticity, I had to go the places they lived and experience the land and the sky and the water and the people for myself. I made six trips over several years, spending some time on their actual Montana homestead, exploring the city of Edmonton, meandering the back roads of northeastern North Dakota. Over the course of the research I visited or consulted more than forty libraries and archives, and read miles of microfilmed newspapers, and numerous kinds of records: birth, death, separation, marriage, divorce, adoption. School, military, prison, church, land purchase and sale, judicial, census, voter registration records. Immigration, border crossings, naturalization. Business licenses. Insurance records. County and state fair entries.

The medical information came from Montana State Hospital public records and conversations with the superintendent, and from histories of similar facilities of the early 20th century, from newspaper accounts of how those with mental illness were handled by their communities, and from medical texts of the day. The most intriguing of those is a 1916 book entitled Who is Insane? by Stephen Smith, who served as State Commissioner in Lunacy (yes—a real title, real position) of New York in the 1880s. He deliberated the societal boundaries of so-called insanity and put forth the idea that all of us have it within us to, at a given moment, be neurologically or emotionally triggered into a lapse resulting in “derangement,” “peculiarity,” go “wrong in the upper story” or “out of gear.” Dr. Smith was appointed by Governor Alonzo Cornell, who believed that many “insane” individuals had simply never had the opportunity to talk through their experiences with a professional who gave them any credence.

Many things about the subject matter were striking—the depth of societal stigma and ignorance surrounding postpartum mental illness, the lack of meaningful treatment, the disregard for doctor-patient confidentiality, the callous laws. It also struck me how the law and the community, so unforgiving of women with mental health issues, seemed to look the other way in other matters of family. Several of my characters are beset by circumstances driving them to leave marriages, which also meant abandoning children and other significant responsibilities. Those who left and those left behind went on to create new family relationships, with no evidence of divorces, remarriages or adoptions. They presented as families, and were accepted as families, like an early version of don’t-ask, don’t-tell.

As to the writing process itself, nothing drops more people’s jaws than hearing that I wrote most of the book, more than 500 pages of drafts, in pencil in spiral notebooks, mostly in pre-dawn hours. I felt the sensory elements of pencils and paper connected me to Annie’s time, the smell of the lead and wood, the smear of the eraser. And writing longhand made the emotion of the words I was forming seem more immediate—grief, ecstasy, anxiety, frustration, hope, betrayal, forgiveness. Writing by hand in the still and the dark of the wee hours (no keypad clacking, notifications pinging) opened me to hearing, feeling, and perceiving a whole other-dimensional world that I may not have otherwise “heard.”

You dedicate your book to your “once-in-two-lifetimes man.” Will you explain that one for us?

Wow, people read book dedications? Who knew? But nope, not gonna explain that one. He knows who he is. A little intrigue is a good intro to the rest of the story, don’t you think?

So many terrific writers don’t get the attention they deserve; most of the books on my nightstand are by authors I’ve never read before. I don’t have favorite authors because I find the designation too limiting and want to continue to challenge myself to read broadly, not just deeply.

That said, some authors and books who influenced my work on The River by Starlight are Nuala O’Faolain’s My Dream of You, Wallace Stegner’s Angle of Repose, Ivan Doig’s The Whistling Season, Anna Keesey’s Little Century.

My reading sutra is something older, something newer, something foreign, something classic. I just finished Stephen King’s On Writing] and Laura Nicole Diamond’s Shelter Us. Next up, Peter Hoag’s Smilla’s Sense of Snow and Kate Chopin’s The Awakening.

That you have to able to hear the word “no” a lot. Even successful authors receive far more so-called rejections than acceptances. I say “so-called” because I don’t find the word rejection helpful or even accurate. I have a certain odd gratitude for the countless non-acceptances and non-responses I’ve received over the years, because each one meant I’d avoided placing my work with the wrong agent, editor, or publisher. Not much is more important than that. Once published, you learn very quickly that it’s permanent; once it’s out there, you can never retrieve the book that wasn’t done well, the compromises you come to regret. So, a valuable cousin of that advice about being able to hear “no” is, know when to say “no.” I’ve walked away from book deals that just didn’t make sense, from either a financial or creative perspective. It can also be valuable as well as protective and/or liberating to know when to tell yourself “no,” whether it’s to rules of the trade that make no sense to you, a direction a particular piece is taking that doesn’t feel right, or over-investing effort, emotion, time or money into a literary black hole.

It’s the way of the world for the moment, so an author who eschews social media and an internet presence does so knowing she’s severely limiting her opportunities to connect with readers and potential readers. They expect an internet presence and can’t be counted upon or expected to dig through less immediate sources. However, there’s a lot of latitude in how much presence, how much effort an author wants to devote to her digital platform. Websites needn’t be elaborate. There’s no “right” amount of social media. I know many authors who are only on Facebook, or only on Twitter, and post only when they feel they have something to say. We do have to leave ourselves time to write and ruminate. Hence the balancing act.

Next up is a 15th anniversary edition of my most popular nonfiction book, Ten Things Every Child with Autism Wishes You Knew, to be published in 2019. It too traces the journey of a person behind what was once a little-understood condition, in this case, my son and his autism. I didn’t know about Annie when I started writing Ten Things, but the similarities are there. Ten Things is a story about one of her descendants, imbued with her same resilience and tenacity, and has proven timeless in its own way.

After that, I’ll let the creative well refill a bit and see what floats to the surface. I like to keep stretching myself as a writer, trying new forms. One idea currently swirling is a novel in short stories, based on a 1920s tombstone I first saw ten years ago on the Oregon coast. It led me to some intriguing and disturbing information on workplace safety and the value of human life vs the risks of commerce in the building of our state’s most iconic industries, timber and exporting. Another deeply human, 100-year-old story. I seem to like those.

THE RIVER BY STARLIGHT IS AVAILABLE ONLINE OR ASK YOUR LOCAL BOOKSELLER TO ORDER IT!