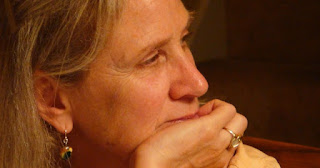 Author and medical doctor, Patricial Kullberg found inspiration for her historical novel and her new memoir in the lives around her. Her memoir, On the Ragged Edge of Medicine: Doctoring Among the Dispossessed, published by OSU Press, is organized around vignettes of 15 of her homeless and urban poor patients.

How did you come to write On the Ragged Edge of Medicine?

To make visible the invisible was a major motivation for writing Ragged Edge. It’s always important, but especially in these times, to pull back the veil from those corners of our world that are not necessarily heartwarming to contemplate. The choices made about how to organize our society create real consequences for very real people among us. We do not do well to ignore those consequences.

What I saw and experienced during my decades of practice was troubling on many levels: the excess of suffering, the failures of medicine, my own inadequacies. Writing these stories helped me to come to terms with all that I witnessed. The stories are also meant to celebrate our occasional triumphs, the dedication and perseverance of my colleagues, and the incredible resilience of our patients.

How did you get involved in a medical practice for the homeless and urban poor?

The opportunity arose when I accepted the position of medical director for Multnomah County Health Department and could choose among their primary care clinics for my part time medical practice. The first clinic where I worked served primarily a homeless population. I gravitated to what I imagined would be an interesting personal and professional challenge and one where I could have a meaningful impact on people’s lives. I was right about all of that.

When did you know you were going to write about your experiences working with people with physical, mental, and addiction disorders?

I first put fingertips to keyboard during the second year of my practice at the health department, when a patient furiously accused me of not attending properly to her problems. She never came back. I was confused and disheartened, because I was not quite sure what precipitated her fury and I thought we’d enjoyed a warm, honest, and enduring relationship. After that, writing about patients became a regular practice. Putting words to paper has a way of clarifying a circumstance. It can un-muddle the mind.

I wrote mostly about situations that did not go as planned, ones that surprised me or amused me. It was my way to investigate and make sense of bad or unexpected outcomes, illuminate the ways in which society, and on a smaller scale, the health care system routinely failed my patients. It was a way to examine my own foibles and, I hoped, help me become a better practitioner. It is in the midst of trouble that we most often encounter our authentic selves and what parts of those selves might not bear up so well under a little scrutiny.

Certainly what impressed me most was how little my patients resembled the stereotypes offered up in the media of passive victims suffering the vicissitudes of intractable mental illness, chronic disease, horrific social circumstance, etc. The people I doctored were very often agents in their own lives. They knew how to survive. They were creative and savvy. They had unbelievable capacity to endure abuse, privation, and heartbreaking loss and still not give up. They were not angels, far from it. They often made crappy choices. But when I think of the smarts and strength of will they deployed to resist what was dished out to them, I imagine the gadgets they might have invented or the books they might have written or the discoveries they might have made or what they might have taught the rest of us—all the ways they could have contributed to making a better world. That strikes me as a real tragedy.

I pitched the book to a general audience, anyone who is interested in the ways our system of health care, especially when it intersects with the lives of the dispossessed, reflects who we are as a society. I can’t claim to be an authentic spokesperson for those relegated to the margins of society. Still I hope the book opens a window onto what the marginalized face in their day to day struggles. I also hope the stories reveal the practice of medicine for the social enterprise that it is and that it validates the experience of those who choose to undertake this kind of work.

Can you recommend any other memoirs or personal accounts of practicing medicine among destitute populations?

Yes! The classic: Not All of Us Are Saints: A Doctor’s Journey with the Poor by David Hilfiker. More recent: Stories from the Shadows: Reflections of a Street Doctor by James A. O’Connell, MD

What books or other resources would you recommend for doctors or others interested in working in medicine within a context of social inequality?

The most important attributes to bring to a clinical practice in any context is self-reflection and humility. For that, one should read literary fiction! Here are my favorite books, fiction and non-fiction, which specifically address the practice of medicine:

What is the most valuable advice you’ve been given as someone working “on the ragged edge of medicine”?

Meeting the patients where they are at does not mean letting them walk all over you.

I am at heart a novelist fascinated by local history. My first novel, Girl in the River, was set in mid-twentieth century Portland and explored the sexual and reproductive politics of the time. My current project is about Vanport, a World War II era federal housing project for shipyard workers, which was situated in the combined floodplains of the Columbia and Willamette Rivers.

Vanport is the story of two families, each haunted by the death of a loved one. It’s 1943. Both families have arrived in Vanport City, a planned community visionary in scope, but shoved to the swampy outskirts of Portland. The citizens of Portland want nothing to do with the Okies and Coloreds who’ve come to the area to live and work. Sissy, a thirteen-year-old of mixed Native American and White heritage befriends Abe, one year older, an African-American boy out of Mississippi. Their troubled relationship draws the two families together over time in ways that eventually drive both families to the brink of ruin. The novel is based on a series of actual historical events and illuminates the local history of race and class prejudice and how people resisted.

ON THE RAGGED EDGE OF MEDICINE IS AVAILABLE ON-LINE OR ASK YOUR LOCAL BOOKSTORE TO ORDER IT!