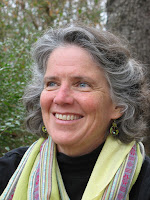 Elizabeth Heaney left her private therapy practice to work with returning war vets and their families. Her new book, The Honor Was Mine: A Look Inside the Struggle of Military Veterans, tells the story of her experience and gives voice to their stories.

Elizabeth recently answered questions for Rose City Reader about her work and her new book.

How did you come to write The Honor Was Mine?

As I started listening to veterans and their spouses, I felt deeply changed by their struggles and concerns. I had to face how very little I knew about military life and the world of combat veterans. Civilians tend to hear about veterans’ issues (PTSD, homelessness, suicide), but we don’t hear these very personal accounts of the hidden costs of war. I wanted to share the stories so that others’ perceptions could change like mine did as I came to see the essence of the veterans’ humanity. One of my reviewers wrote, “The Honor Was Mine is not a book about war; it’s a book about humanity.” I couldn’t agree more.

Why did you leave your private therapy practice to work with returning war vets and their families?

To be honest, it wasn’t out of any dedication to the military at all. As things sort of shut down for me in Tucson, I simply needed to find a new source of income and a new place to live – the military counseling job would provide income, and it would move me around the country so I could check out places where I might like to live. It didn’t take long, though, for my motivation to shift. Quite quickly, working with the service members and veterans felt like a calling – albeit one I “stumbled into”!

When did you know you were going to write about your experience working with veterans?

I was so wrong.

No hardened warriors that day, just men and women who felt the loss with a raw, stunned vulnerability. They talked about the good times with their friend and remembered arduous days of combat training together. They spoke with choked voices about their concern for his wife and children. Our conversations were hushed and painful and deeply poignant.

That evening in my hotel room, I pulled out my laptop and opened it to a stark blank page. My heart felt tattered with everything I’d seen and heard that day, so I sat in the soft glow of the desk lamp, writing about a battalion’s grief. I wrote to make room for the next day; in a matter of hours, I’d be back in those battalion hallways, listening to those whose friend was gone.

I had always hoped the book would speak to both civilian and military readers – and from the earliest reviews, it seems clear both of those groups have found the book tremendously helpful. Civilian readers tell me the book has changed their view on the military, giving them more compassion and more respect for what combat veterans endure. And military readers feel seen and heard, validated, by the book. Perhaps the book can help close the substantial military-civilian gap. With only 1% of our population serving in the military, it’s easy for most civilians to be detached and unaware of the military world.

Can you recommend any other books about the emotional challenges faced by combat veterans, the struggles of military families, or working with veterans?

What Have We Done: The Moral Injury of Our Longest War by David Wood has just come out. He’s a Pulitzer prize-winning war journalist and a fabulous writer.

The Long Walk and All the Ways We Kill and Die by Brian Castner are very fine books that offer a gritty and personal view into combat experiences.

Tribe by Sebastian Junger speaks to the bonds warriors treasure and the effect of isolation when returning home.

I could go on and on. There are really wonderful books by military spouses (Siobhan Fallon, Melissa Seligman), women veterans (Kayla Williams, Jessica Scott) and retired/separated military service members, all of which help fill in the blanks in our familiarity with the military world.

Writing the book, sitting so intently with the stories as I tried to hone them, brought me even deeper into a state of compassion and respect for veterans and their families. Hours upon hours of sitting at my desk, recalling the exchanges and bringing to mind (and heart) their journeys truly deepened those feelings. As for the process of writing, someone asked me once what I had learned about the writing process that I didn’t know before I wrote the book and without thinking I said, “Stamina.” I had no idea the stamina that was required for the long, long haul of getting a book into print. No complaints . . . I’d do it again in a heartbeat! But the stamina required was astonishing!

What is the most valuable advice you’ve been given as someone working to help war veterans and their families?

There’s a wonderful article by Jim Gourley titled “Of Lepers and Caves” that affirms the need to stay close and very present with those grappling with PTSD (or war memories). Staying non-reactive, accepting, deeply engaged has been key for reaching out to those suffering whether the veterans or their family members. I had a client once tell me that he could “never” speak about the horrors he had witnessed because people would think he was a monster. When I reassured him he could say anything at all and I wouldn’t judge him, he began to share things he’d never talked about before. As he spoke, I felt as if I could literally see the burden beginning to lift off of him.

Something completely different! A novel about a young man who travels to India to see Moghul ruins that he had read about as a child – beautiful stories about the Moghul empire had somewhat saved him during a difficult childhood, so his journey to the ruins holds intricate meaning for him.

THE HONOR WAS MINE IS AVAILABLE ONLINE OR ASK YOUR LOCAL BOOKSTORE TO ORDER IT!